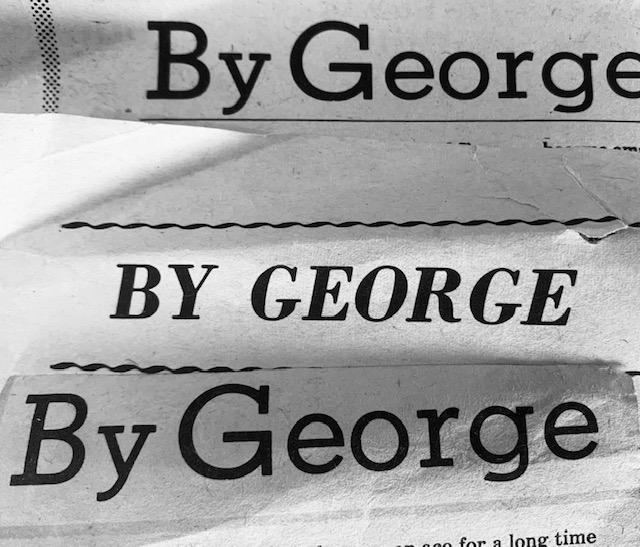 Back in the day, there was a column called “By George.”

Everyone knew who wrote it because his name was on it … George. The writer happened to be my dad, George Contos.

Today, there’s no doubt that a man named George is producing much of what we read in the media, even though his byline is missing. His billions have bought and paid for journalists and news outlets around the globe.

The financier is George Soros.

I didn’t have to look very far to find George. In fact, George found me when I received a link from Indeed that Inernews was looking to hire a journalist. Out of curiosity, I decided to check out Internews’s funding.

Sure enough George Soro’s Open Society Foundation was on the list of donors.

According to Sourcewatch, Soros is one of Internew’s “most most ardent supporters.”

No wonder several of Internews’s journalism-related positions paid $300 to $500 a day, crazy-good money for a writer.

There was another job posting for the Knight Foundation,  which was also on a quest for news reporters.

The Knight Foundation website said, “Our goal is to foster informed and engaged communities, which we believe are essential for a healthy democracy.”

The Knight Foundation has partnered with Soro’s Open Society Foundation and others to overhaul how U.S. news is written and reported.

Still have doubts about unsavory outside interests influencing and funding your news sources? Check this out. Over 30 major news organizations are linked to George Soros.

And this list of U.S. organizations funded by Soros. Most certainly there are many more that have yet to be uncovered and identified.

This is the story behind the byline.