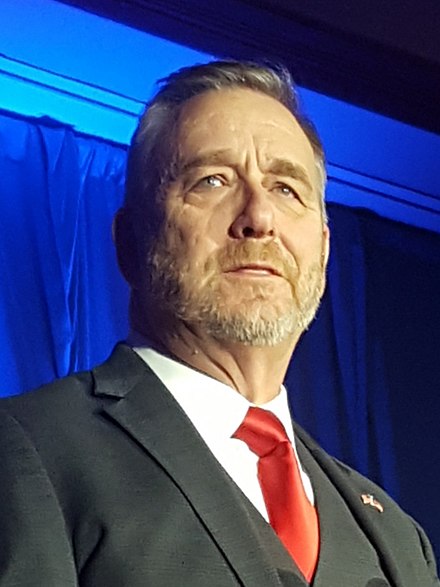 State Representative John Becker said that the Ohio Attorney General’s attempt to have him sanctioned by the court for filing criminal charges against Gov. Mike DeWine is baseless and an attempt to intimidate other Ohioans from taking similar legal action.

Ohio Attorney General Dave Yost on Thursday asked a state appeals court to reject Becker’s case and to sanction him for wasting the court’s time.

A sanction, by definition, is a penalty used to discipline someone into obedience with the law.

Yost also ridiculed Becker (R-District 65) on social media previously for filing the affidavit, calling the charges against DeWine “absurd” and a “political stunt.”

Yost posted a meme of DeWine as a werewolf holding a handgun while robbing a liquor store – comparing it to the absurdity of Becker’s affidavit.

“The people of Ohio are not going to be intimidated by a DeWine puppet having visions of werewolves,” said Becker.

Several Ohioans have followed Becker’s lead and have filed private citizen affidavits in other counties.

As reported on Cleveland.com Thursday, to deter others from filing similar cases, Yost asked the court to either order Becker to pay attorney’s fees to the Clermont County prosecutor or to require him to “spend a day observing criminal trials in open court, so that he can better understand the gravity of the matters for which prosecutorial and judicial resources must be preserved.”

Said Becker, “The Ohio Revised Code, as well as case law, is clearly on the side of the people.

“It’s interesting that he’s that afraid to come after me. It means we are having an impact.”

Becker said he will continue leading the effort to have private citizen affidavits filed by Ohioans in every county until an investigation is initiated or a prosecutor or judge orders DeWine’s arrest for violating the rights of the people.

When the county prosecutor’s office declined to investigate the charges, Becker asked the 12th District Court of Appeals to step in.

Becker is one of several Conservative Ohio House reps speaking out against the Governor.

DeWine’s favor appears to have fallen among conservatives.

The Republican Governor was recently ranked 35th in the nation  in a report by the American Legislative Exchange Council, a right-wing group of lawmakers and business people. The report contends that DeWine’s response to the pandemic has been below average and that lockdowns are hurting the economy.

In August, Becker introduced ten articles of impeachment against the Governor. The articles will remain open for legislators to sign on until mid-November, said Becker.

18 thoughts on “Ohioans will not be intimidated, says Rep. Becker, as Yost seeks to have him sanctioned”