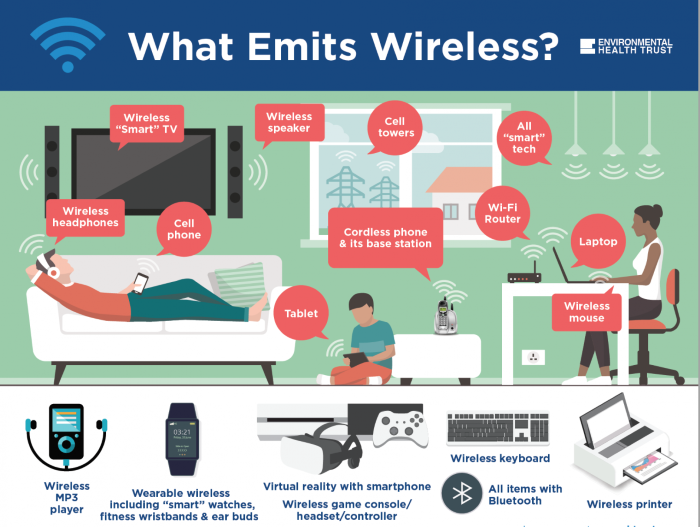 In 2011, the World Health Organization classified cell phone radiation as a possible carcinogen. American neurosurgeon, Dr. Keith Black, cautioned “Children’s skulls and scalps are thinner so the radiation can penetrate deeper into the brains of children and young adults.”

In 2012, then Ohio congressman Dennis Kucinich, introduced the “Cell Phone Right to Know Act”. It was endorsed by the American Academy of Pediatrics.

“Health effects from cell phone radiation are a potential concern for everyone that uses a cell phone, but children are among the most vulnerable as the doctors note in the letter. I am honored that such esteemed professionals support the Cell Phone Right to Know Act,” said Kucinich. “Our coalition is growing and broadening.”

The Cell Phone Right to Know Act, H.R. 6358, provides for warning labels on cell phones. It would also create a new national research program to study cell phones and health and require the Environmental Protection Agency to update the outdated Specific Absorption Rate.

More research about cell phone and wireless radiation exposure has been published since 2011. In addition to the Academy of American Pediatrics (AAP), doctors and scientists with the Baby Safe Project also recommend reducing exposure to children and pregnant women.

Ohio utility companies have installed 2-way transmitting smart meters on Ohio homes and buildings. These meters involuntarily expose us to radiation. They also violate our right to privacy and have cybersecurity risks. Ohioans should be able to refuse smart meters and have traditional analog meters (electric, gas, and water) installed on their homes and businesses without paying expensive fees.

Most would agree that the risks shouldn’t outweigh the benefits regarding new technology or anything else.