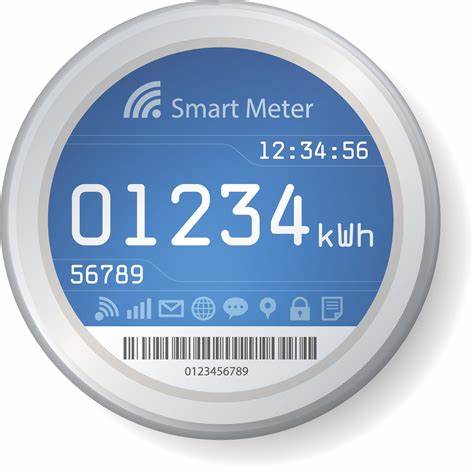 Ohio energy consumers should be able to manage their own utility bills by controlling how much energy they use at home. Unfortunately, in recent years, Ohio utility companies have significantly raised its “customer fees” and that has resulted in customers losing control over a big portion of their monthly utility bills – even if their energy use decreases.

For example, in 2018, Duke Energy won another approval from PUCO to raise monthly fees by a disproportionate amount for Southwest Ohio customers. Consumers who invest in efficiency and renewable energy save money on energy costs, but those savings are reduced with higher fixed fees. Legislation reform is needed in Ohio to change PUCO policy decisions effecting high energy fixed costs. Many utility commissions around the country have recognized the problems with higher fixed fees and have rejected most proposals to increase them.

Privacy and Security:  Smart Meters can produce harmful consequences in terms of cyber security issues with residential home installations. Home energy usage tracking data must be kept private and confidential. If Smart Meters move to 5G networks, there is a more significant cyber security risk because the 5G technology is software based. This means it is subject to hackers using backdoor or calling home mechanisms that can go undetected when installed during regular software upgrades. Even without 5G, Duke Energy has experienced a significant number of cyber attacks with their Smart Meter technology.
Legislation is also urgently needed to stop utility companies from renting or sharing that information with third parties including contracted energy suppliers operating under the various statewide aggregation programs.

Health and Safety: Smart Meters are a health hazard because they emit Radio Frequency radiation. RF radiation is biologically-active electromagnetic exposure that is absorbed into the skin. Chronic exposure to wireless radiation has been linked to neurological damage, reproductive effects and cancer. Pregnant women and small children are particularly vulnerable.

Smart Meters are a safety hazard because they don’t have surge protectors and are prone to fires and explosions. Advanced meters must be properly grounded and have surge protection that is adequately rated in order to divert a lightning strike. Also, Smart Meters installed on homes in close proximity are exposing those residents to extremely high RF levels because of connectivity to the neighborhood energy grid which is very unhealthy.

Ohio legislators need to educate themselves on some recent Federal Court rulings against the FCC that pertains to their decision to maintain the 24 year old radio frequency (RF) radiation exposure limits not updated since 1996. The FCC rules are being continuously challenged in Federal and State courts in multiple cases by members of Congress because the FCC chairman has refused to update the safety standards. There are ongoing questions over the relevance of the current FCC human exposure standard given the onslaught of modern wireless technology. The big issue that remains is continuous exposure.

Surveillance: Smart Meter installations result in both unwanted surveillance under the guise of gas/electric aggregation cost savings programs and forced surveillance in the form of ongoing high monthly opt-out fees. Utility aggregation programs that are being implemented in Ohio local communities are tied in with these Smart Meters and Smart Grids. Energy aggregation proponents have promised that these programs would save customers money but this hasn’t been consistent. A few years ago when the Gas/Electric Aggregation programs were first introduced in Ohio, Duke Energy did not participate in the competition and the outside supplier rates for both gas and electric were much lower. This provided a good hedge against Duke utility rates especially against gas rates until they joined the competition and with PUCO compliance reduced the benefit to consumers.

For the most part, many energy aggregation programs have become somewhat of a false flag for consumer savings. This is due to the substantial drop in the GCR since July 2018 (see graph here). Duke Energy defines Gas Cost Recovery (GCR) as the charge for customers purchasing natural gas from the utility versus what a homeowner might purchase from an outside supplier via aggregation. Duke makes no profit on the GCR and the rate includes Ohio excise tax. For electric usage, Duke uses the term Price to Compare (PTC) to quote a price in cents per kWh that an outside electric supplier must offer which is a lower price for the same usage in order to save money. The fixed fees that appear on a typical utility bill are defined as a delivery service charge and a separate delivery rider calculated in advance. These values are not based on actual consumer usage for the month. The monthly fixed costs including the Smart Meter opt-out fees reduce net savings.

Ohio utility opt-out fees are determined by the utility and PUCO. The Smart Meter opt-out fees have always been a punitive measure. The consumer who chooses to opt-out still pays Smart Meter costs included in the distribution charges.

In Southwest Ohio, the net savings from energy aggregation programs hit a threshold near year end in 2017. With PUCO approval, Duke Energy had been adding a $100 setup fee and a $30 opt-out fee since September 2016 to replace the Smart Meter with a non-RF meter. The extra cost became more prevalent after reaching that threshold when choosing to opt-out.

In many cases, the Smart Meters were installed without homeowner permission or consent. At that time, many residents were already aware of the health hazards and other dangers from Smart Meters, but were faced with an added cost burden aside from the fixed monthly fees. That same situation persists today and has created a real hardship for Ohio energy consumers.

A proper alternative to the high fixed costs is a well defined cap limit approach to monthly home energy usage. This means the prior year non-heating and cooling months (May-Sept) would be used to establish a base energy usage for the current year. Duke Energy is already using a very subtle cap limit approach for electricity usage during those months by setting a 1000/kWh ceiling for cooling with a rate discount. Duke has the archival history available for both gas and electric usage in order to project a cap limit at the start of each year. In many Southwest Ohio communities, a cap limit approach for the billing of water and sewer charges has been in existence for many years.

In 2015, The League of United Latin American Citizens (LULAC) created “Resolution For a Moratorium on the Installation of ‘SMART’ Meters and No Cost Opt-Out”

Michigan elected officials introduced Smart Meter legislation so citizens could refuse these meters and Smart Meters would be made safer.

Kentucky governor, Andy Beshear, stopped the “rollout” of Smart Meters while he was Attorney General stating that they cost too much and weren’t needed.

2 thoughts on “If you have a “smart meter” installed, there are some things you should know”