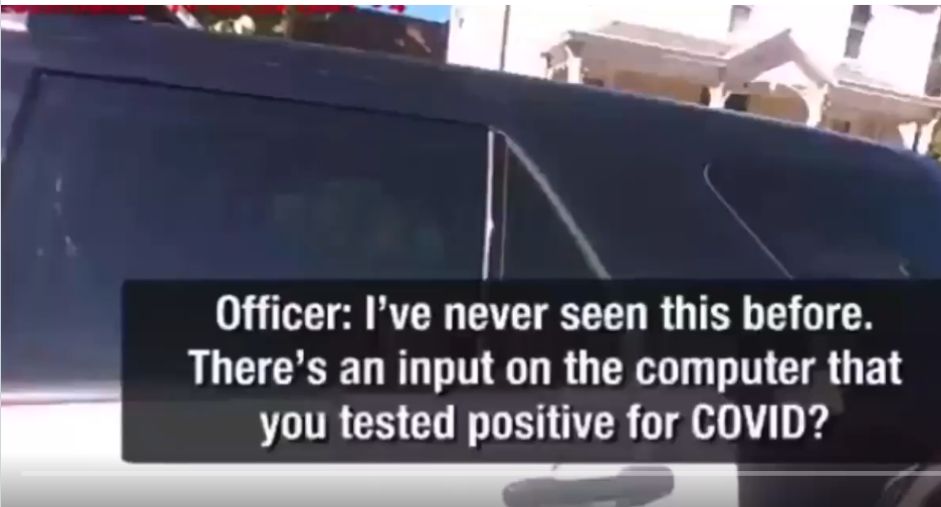 The Butler County Sheriff’s Department alerts officers when they may be coming in contact with someone that has tested positive for COVID-19.

The name and address of individuals who have tested positive are reportedly provided to the sheriff’s department by health officials.

That information is entered into a system utilized by law enforcement, firefighters and emergency medical technicians throughout the county,  according to Miranda Sheppard, BCSD dispatch manager.

The sheriff’s office reportedly dispatches for 15 fire and 12 EMS departments and eight police agencies, including Hamilton and Oxford.

Sheppard said the information is for the protection of law, fire and emergency personnel.

“If we load an address for a call and see that there’s a flag, it alerts us to utilize proper PPE,” said Sheppard.

The system also will flag the name of anyone who has tested positive when entered, said Sheppard.

Sheppard explained that Miami University has its own police department and the BCSD does not handle its dispatch.

The program has been in place for a few months. Thus far, there have been no complaints about privacy issues that she is aware of.

Sheppard said protocols vary by police departments within the county, but that BCSD does not enforce quarantine or isolation orders.

Butler County Sheriff Richard “Jonesy” Jones made news in early July when he said he would not help enforce Ohio Governor Mike DeWine’s orders for mandatory mask wearing in the county.

“We are not the mask police,” said Jones.

Sheppard said the flagged names and addresses in the system automatically expire after 21 days and disappear.

A video surfaced on Twitter that showed an officer talking with an individual whose address had been flagged. However, the Ohio Bureau of Motor Vehicles is not involved in the alert system, said Sheppard.

In Ohio if you test positive for covid they r now reporting this to the BMV & they attach it to your police record. Butler county health was suppose to share addresses of positive COVID with sheriff Richard K Jones, but Indv identified seems like health privacy issue @MikeDeWine pic.twitter.com/exvBoAgotQ