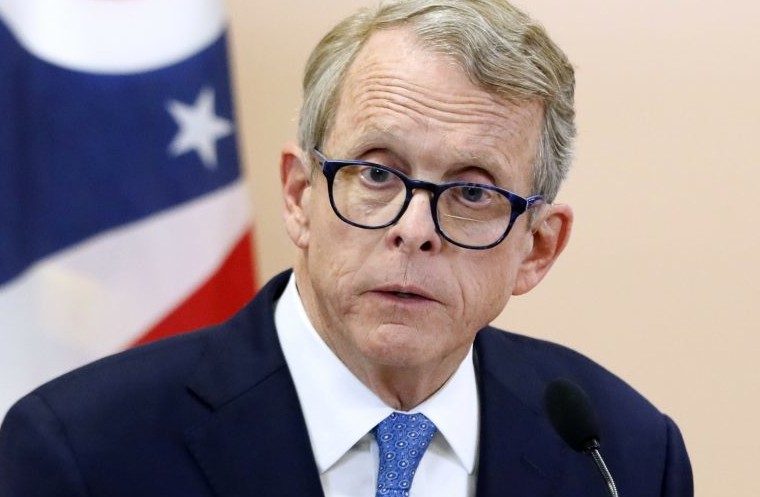 A group of State Representatives introduced a Resolution of Impeachment to have Ohio Governor Mike DeWine removed from office over his handling of COVID-19.

Rep. Nino Vitale announced Monday morning that the House has initiated the first steps of the impeachment process.

In an exceptionally rare move, House Republicans moved to impeach a Governor of the same party.

This is the first time in more than a century that Ohio lawmakers have filed articles of impeachment against a sitting governor.

Impeachment requires a state legislature’s lower chamber to bring specific charges, and the upper chamber to act as the jury in an impeachment trial.

The move to impeach DeWine is an apparent response to hundreds, possibly thousands, of letters, emails and telephone calls to Ohio representatives over recent weeks demanding the removal of DeWine from office.

An online portal has been established through which Ohioans can contact their representatives regarding DeWine’s removal and follow the initial impeachment process.

A majority of the members elected must concur therein.

The Ohio Senate will have no role in the impeachment process until a majority of the House votes to impeach. The decision to hold a vote lies with the House Rules Committee.

Impeachments shall be tried by the senate; and the senators, when sitting for that purpose, shall be upon oath or affirmation to do justice according to law and evidence.

No person shall be convicted without the concurrence of two-thirds of the senators.

Rep. Vitale has been very outspoken about DeWine’s mishandling of the COVID-19 crisis, its impact on the economy, small businesses, religeous freedom and the Governor’s infringement on the liberties of Ohioans. Vitale’s Facebook Page has over 38,000 followers.

Vitale said, “Articles of Impeachment do not go far enough for me. While it’s a good step, Dictator DeWine needs to be charged and tried for crimes against humanity, in my opinion.”

Ohio has plenty of company.  In June, Articles of Impeachment against Pennsylvania Governor Tom Wolf were introduced.  In July, Sen. Rand Paul called for the impeachment of Gov. Andrew Cuomo over the number of deaths among New York nursing home patients during the coronavirus outbreak this spring.

Five other states have begun the process to recall their governors, another way of removing an elected official from office.

Out of 19 states (plus the District of Columbia) that allow for the recall of state officials, efforts are currently underway to recall governors in at least five.

In New Jersey, Colorado and Oregon, elections officials have given organizers the OK to collect signatures to get a recall on the ballot.

In Alaska, a group to recall Gov. Mike Dunleavy has formally registered with the state and is currently circulating a petition to receive official approval.

And a sixth state may soon join the ranks, as opponents of Nevada Gov. Steve Sisolak say they’ll kick off a formal recall effort in the fall.

Only four gubernatorial recall efforts have ever made the ballot.