“This specific poll was likely covered on-air more than any other poll in the past year. This poll generated 18,420 votes.” 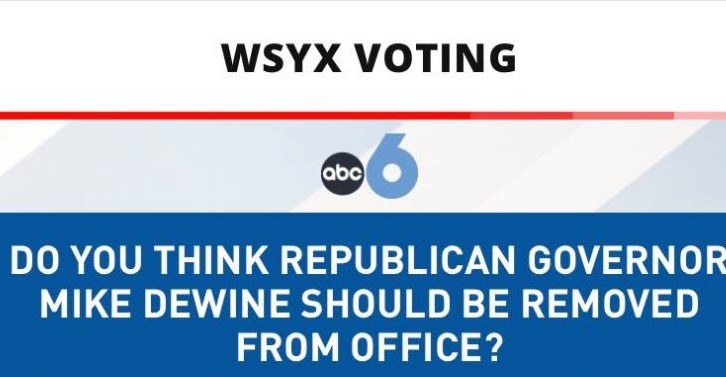 An opinion poll conducted by a Central Ohio news station garnered so much attention that the station decided to leave it up longer than usual.

It asked, “Do you think Republican Governor Mike DeWine should be removed from office?”

The poll got more than 18,000 votes. Typically the station’s polls receive hundreds of votes, not thousands, according to Adam Slinger at abc6.

It should be noted that opinion polls are unscientific.

Ohio Statehouse News reached out to abc6 when it was brought to our attention that the poll results were never published.

Adam Slinger of abc6  had an explanation for this.

“Our polls are, typically, left open for less than 12 hours. As our regular broadcast viewers are aware, we do a new poll each day, usually in our 7PM newscast.

“Instead of ending this specific poll the next day, we made the decision to leave it open beyond 24 hours because it continued to generate a high number of votes.

“This specific poll was likely covered on-air more than any other poll in the past year. This poll generated 18,420 votes. Votes are counted by device,” said Sliger. 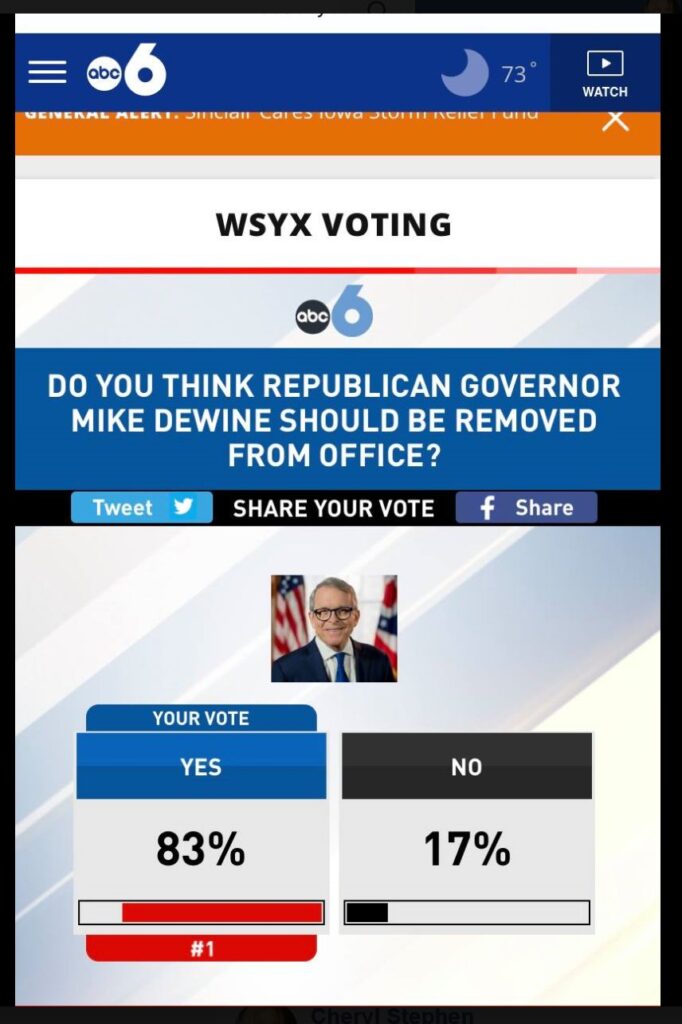 21 thoughts on “Impeachment poll gets extraordinarily high number of votes”