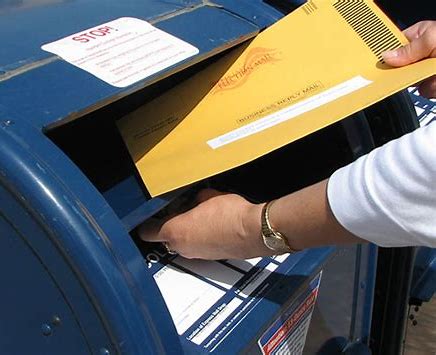 Ohio will be soon be mailing absentee voter applications to all of the state’s 7.8 million registered voters. This is being done to ensure that those with coronavirus concerns can vote with confidence, said Ohio Secretary of State media contact Maggie Sheehan.

The applications are expected to go out to voters shortly after Labor Day.

The polls will still be open on Election Day for in-person voting.

Meanwhile, some voter’s rights groups and the Ohio Democratic Party have filed lawsuit over how Ohio verifies absentee ballots and electronic ballot applications.

Along with 29 other states, Ohio has a “no excuse” absentee voting system, so that any voter for any reason can mail in an absentee ballot. Even so, a voter must first submit an absentee voter application, which requires a legal signature and proof of identification.

In the past it was necessary to request the application.

Ohio Secretary of State Frank LaRose reportedly said that removing the system would open the floodgates to potential voter fraud.

LaRose reportedly called the lawsuit a “solution in search of a problem that would obliterate Ohio’s safeguards on providing secure, no fault absentee voting.”

The federal law suit was filed by the American Civil Liberties Union, ACLU of Ohio, and Lawyers’ Committee, challenging the Ohio system of matching voter signatures on absentee ballots and absentee ballot applications

The Ohio Democratic Party’s lawsuit reportedly seeks to compel the secretary of state to allow voters to apply for absentee ballots by electronic means, including by fax or email.

The Ohio Secretary of State website states that the office continually adds and removes people from Ohio’s voter rolls, using data from the national moving database, the Bureau of Motor vehicles, and death records. This ensures that only currently eligible voters can get ballots.

Voters need only fill out and return an application and their absentee ballot will be mailed to them so they may make their selections at their leisure and return their ballot to the board of elections ahead of Election Day.

If mailed, absentee ballots must be postmarked by the day before the election in order to be counted. You can also return your absentee ballot in-person to your county board of elections before the close of the polls at 7:30 PM on Election Day.

Ohioans serving in the military overseas can vote using a Uniformed Services Absentee Ballot. US citizens living overseas may also be eligible to vote by absentee ballot. Learn more about military and overseas voting from the Ohio Secretary of State.