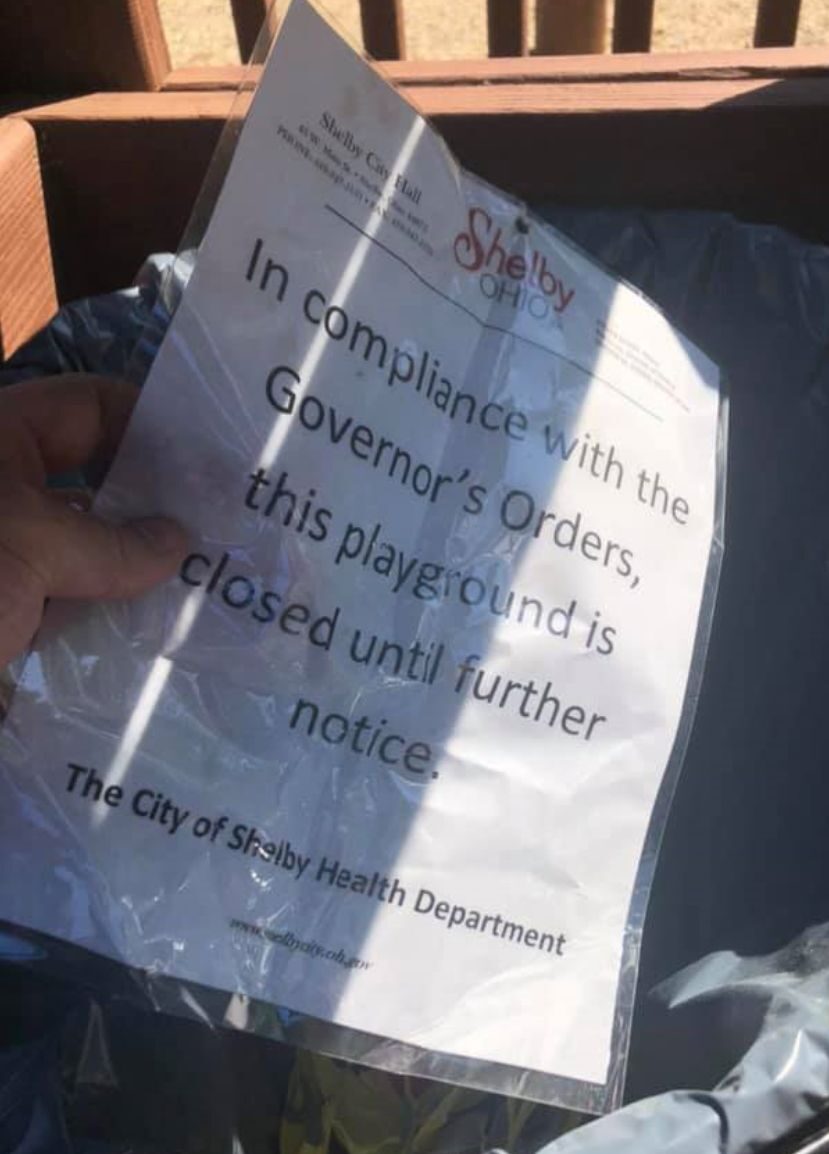 “I had floods of images and videos yesterday from across Ohio,” said Schmidt. “It was beautiful.

“I want to thank all the Ohio police who allowed open play. There was not one incident reported to me that went vile. It was respectful by all parties.

“I want to thank the parks and recreation people who turned their heads while we took down playground ropes, chains, and even fencing in some places. Again, the respect given was also given back.” 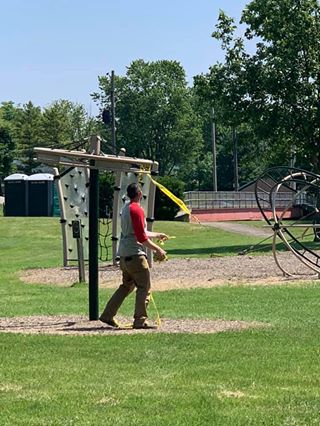 “The big kid (my hubs) has been wanting to do this for months,” said a parent. “He ripped that tape down with a vengeance.”

“We went to our local park and opened it,” said another parent. “One unexpected observation was how quickly we all tired out being out in the sun and actively playing. I took my grandkids and they really tired out. The lockdown and lack being outside playing is showing. They really enjoyed themselves.” 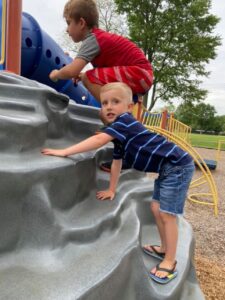 Another parent reported, “We went to our local playground with two other friends and kids, a total of five adults, 11 kids, and then a large group showed up to play basketball. Two police officers sat in parking lot but never confronted us. Unfortunately, basketball courts were locked so the group couldn’t play, but it was a nice morning out!”

Later it was reported that the manager of the recreation center told a family at the same playground that they would need to leave. 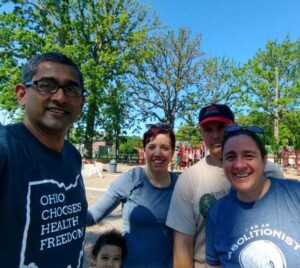 Said Schmidt, “To every single mom, dad, family member, friend, and human who took the call to action seriously and moved to free playgrounds, you all did big things for kids these last few days.”

The group may be helping to reopen even more things in the state if one member has anything to do with it.

“It was great,” said the member. “But we as parents are far from done. What is next? Pools? Splash pads? Removing these six foot requirements? Schools?”

The member added, “With these protests and riots I’m beyond done listening about a virus that doesn’t seem to bother those groups, or they are exempted from social distancing.”

Schmidt made the decision to organize “It’s Playtime” a few weeks ago.

“There is zero evidence showing Covid-19 lives on surfaces, lives in heat, or is contagious in the way originally rolled out,” said Schmidt. “The overreach of DeWine and Acton is purely that, an overreach with no basis of reasoning.”

State Representative Scott Lipps, who represents the district that Schmidt lives in, was supportive of opening the playgrounds.

“Kids deserve to get to be kids,” said Lipps. “The whole state should be opened up by now.”

Shortly after the group made its intentions to open playgrounds public, Gov. DeWine announced that playgrounds would be allowed to open June 10.

The same thing happened after three of Ohio’s largest amusement and waterparks filed a lawsuit against DeWine and ODH Dr. Amy Acton. Hours after the lawsuit was made public last week, DeWine announced that amusement parks could open on June 19.

One thought on ““Playgrounds Set Free” Over the Weekend”