The oft-used slogan “All in This Together” rings hollow for the family of this terminally ill child. 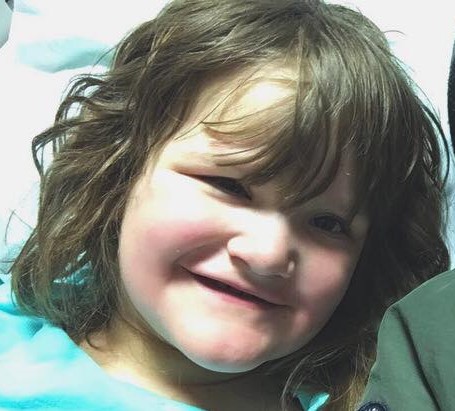 The parents of child with a brain tumor are pleading for Gov. Mike DeWine to allow them to be together at their daughter’s bedside at Nationwide Children’s Hospital in Columbus.

Seven-year-old Autumn Wehr was admitted to Children’s with a prolonged seizure and was placed on a ventilator for support. The hospital permits only one parent to be with a child each 24-hour period due to orders from DeWine, the family was told by hospital admitting staff.

Autumn is currently in the ICU. Her mother, Carrie Wehr, is with her.

“Meanwhile, her father Bradley is sitting in the parking garage barred from entering the hospital and being by his daughter’s side,” said a post by the family on social media.

The family has gone to extraordinary lengths to contact DeWine to have the order lifted, at least temporarily. But their pleas have so far gone unheard. They posted on social media asking the public to send emails and make calls to the governor on their behalf.

“Your policies are stripping Autumn’s father of his rights as a parent and forcing her mother to go through the worst possible trauma all alone without support,” a family member stated in the post.

Please say a prayer for little Autumn Wehr and her family.

Below is the plea for help that Samantha “Sam” Jeffers, a relative of the family, posted Saturday evening on Facebook.

“We are writing to you on behalf of the family of Autumn Wehr.
We are concerned in getting some answers regarding the pediatric hospital guest restrictions at Nationwide Children’s Hospital in Columbus, Ohio. 7 year old Autumn has brain cancer and has been in treatment for over 6 years accompanied by numerous other medical conditions. Autumn, with the support of her mother Carrie, is currently in the Nationwide Children’s ICU for a prolonged siezure lasting over 2 hours and has been placed on a ventilator for support.
Meanwhile, her father Bradley is sitting in the parking garage barred from entering the hospital and being by his daughter’s side. The hospital policy currently states that only one parent is allowed at their child’s bedside. We would like to do something to change that.
Nationwide Children’s Hospital advised us that those orders are set by your office. We have also been advised that if Autumn’s mother were to leave and allow her father to visit, she would not be allowed back for with her daughter for 24 hours. The family was informed that if Autumn were to be dying, they would need special permission from your office and/or the hospital CEO to allow both parents to be with her while she passed. Allowing both parents at bedside to support their 7 year old daughter is not an unreasonable request.
These regulations are not only unacceptable, but also preposterous. Autumn and her family have been life-long patients of this hospital and have indicated that they feel it is already at an all-time low patient capacity. In a time in which the country is supposed to be “In this together”, the regulations set forth by your office are separating Autumn and her family. Your policies are stripping Autumn’s father of his rights as a parent and forcing her mother to go through the worst possible trauma all alone without support. Carrie was offered a member from the chapel to be with her as a support, however that not only adds to the traffic in Autumn’s room, but also exposes Carrie and Autumn to a new person that they do not know. Autumn has tested negative for COVID-19 and before hospital admission, Carrie and Autumn were safely quarantined at home with her father.
Therefore we say again, the ruling to exclude one parent from their child in a time of need is unbearable. We plead to you as parents, families and Ohioans to put yourself in Carrie and Bradley’s shoes and imagine how you would feel. We also plead for you to put yourself in Autumn’s shoes, fighting for your life without your father by your side to comfort you through your last moments of life. The Wehr family is unfortunately looking ata long admission with their daughter and we are writing in hopes that you reconsider these policies, not only for Autumn and her family, but for all of the other families impacted by your decisions. So we ask, please abandon these policies and allow both parents to be there for their child to help her fight the greatest battle of her life.”

35 thoughts on “Parents of Terminal Child in ICU Kept Away; Family Pleads for Help”