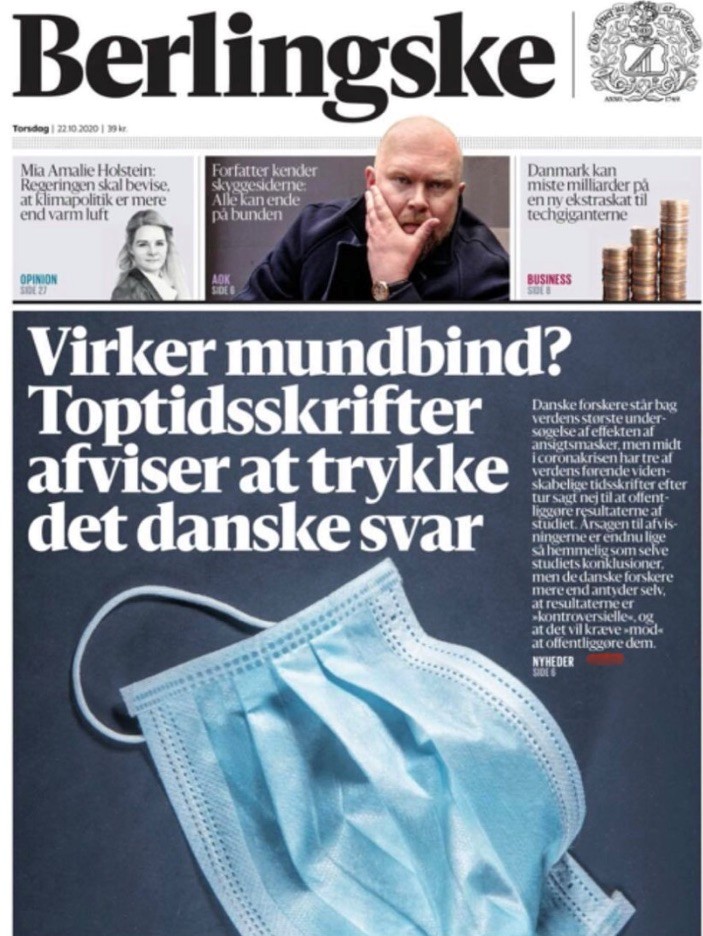 Three scientific journals have refused to publish the results of the first major scientific investigation into the effectiveness of using face masks, according to a leading Danish newspaper.

The apparent reason for the refusals? The study’s results might not show what is politically correct. 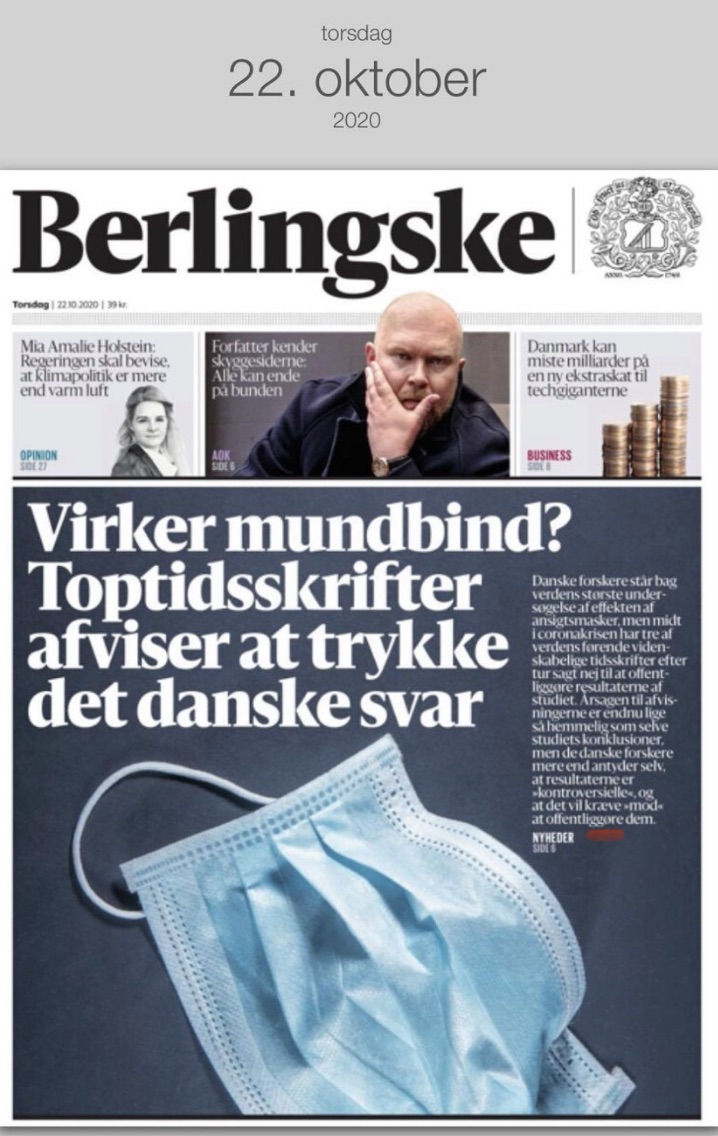 This headline appeared on the front cover of the Berlingske on Thursday: “Do face masks work? Top journals refuse to print the Danish answer.”

Translated, the newspaper stated, “Danish researchers are behind the world’s largest study of the effect of face masks. But in the midst of the corona crisis, three of the world’s leading scientific journals have in turn refused to publish the results of the study.

“The reason for the rejections is still as secret as the conclusions of the study, but the Danish researchers more than suggest that the results are controversial and that it will require publication.”

One can only speculate what “controversial” means. Does it indicate that the mask group had more infection?

A lack of effectiveness would probably not be considered “controversial,” since there is already little evidence that face mask prevent the spread of COVID.