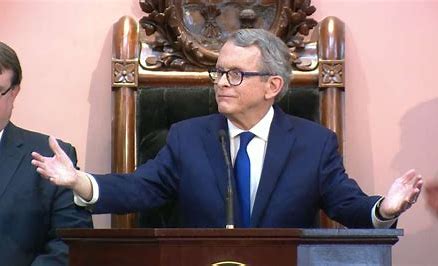 If you’re waiting on legislators to put an end to Gov. Mike DeWine’s tyrannical COVID-19 orders, don’t hold your breath. There is no formal plan in the works to impeach DeWine, according to legislators.

DeWine declared a health emergency in early March. That declaration is still in place and can be extended indefinitely… as in forever.

The good news is, multiple bills have been introduced that would remove some of the executive powers used by the governor. The bad news, both the House and Senate are needed to pass legislation and they are not scheduled to be back in session until mid-September.

The General Assembly has been excluded from the Administration’s COVID decisions thus far.

When asked what criteria must be met for the governor to lift his emergency declaration, DeWine’s press secretary Dan Tierney responded , “Ohio remains in a pandemic emergency based upon scientific data and the advice of scientific experts. Our administration looks forward to continuing our collaboration with the General Assembly on resolving important COVID-19-related issues, such as liability reform and administering CARES Act funds.”

An increasing number of Republican State Representatives and Senators have spoken out against DeWine’s handling of COVID-19.

Senator Andrew Brenner said the state will be dealing with ramifications of shutting down the state and shuttering businesses for months to come.

Brenner is calling for the state to fully open.

Regarding Senate Bill 55, Brenner said he believes the Senate has the votes necessary to override DeWine’s veto and the House may also have enough. The legislation was vetoed by the Governor, so it will require a supermajority of 60 percent to pass.

Senate Bill 55 would decrease fines for violating a public health order from $750 to $150. It also would make the first offense a warning.

Rep. Jon Cross also has been vocal about opening the economy.

“I would prefer the Governor to stop all mandates and orders and work with the legislature to allow the people’s voice be heard in the decision-making process,” said Cross.

“Many of my constituents’ voices of frustration are being ignored by the executive branch and I’ll continue to be their voice to raise issues and concerns from the 83rd district.”

Rep. Cross said the new House Speaker Robert Cupp and the Senate need to work together to move legislation.

Rep. Nino Vitale said, “The state government is doing nothing to protect our liberty and freedom.”

Vitale has been very vocal about Ohioans’ loss of liberties and DeWine’s unconstitutional mandates, including the mask mandate. Vitale has a huge Facebook following.

Regarding impeachment, the House of Representatives shall have the sole power of impeachment, but a majority of the members elected must concur therein.

Impeachments shall be tried by the senate; and the senators, when sitting for that purpose, shall be upon oath or affirmation to do justice according to law and evidence. No person shall be convicted without the concurrence of two-thirds of the senators.

15 thoughts on “What is being done to Stop DeWine’s One-Man-Rulership of Ohio?”