News came down this week that the race will be run without fans. Ohio native Zach Veach will be in the number 17 starting spot. 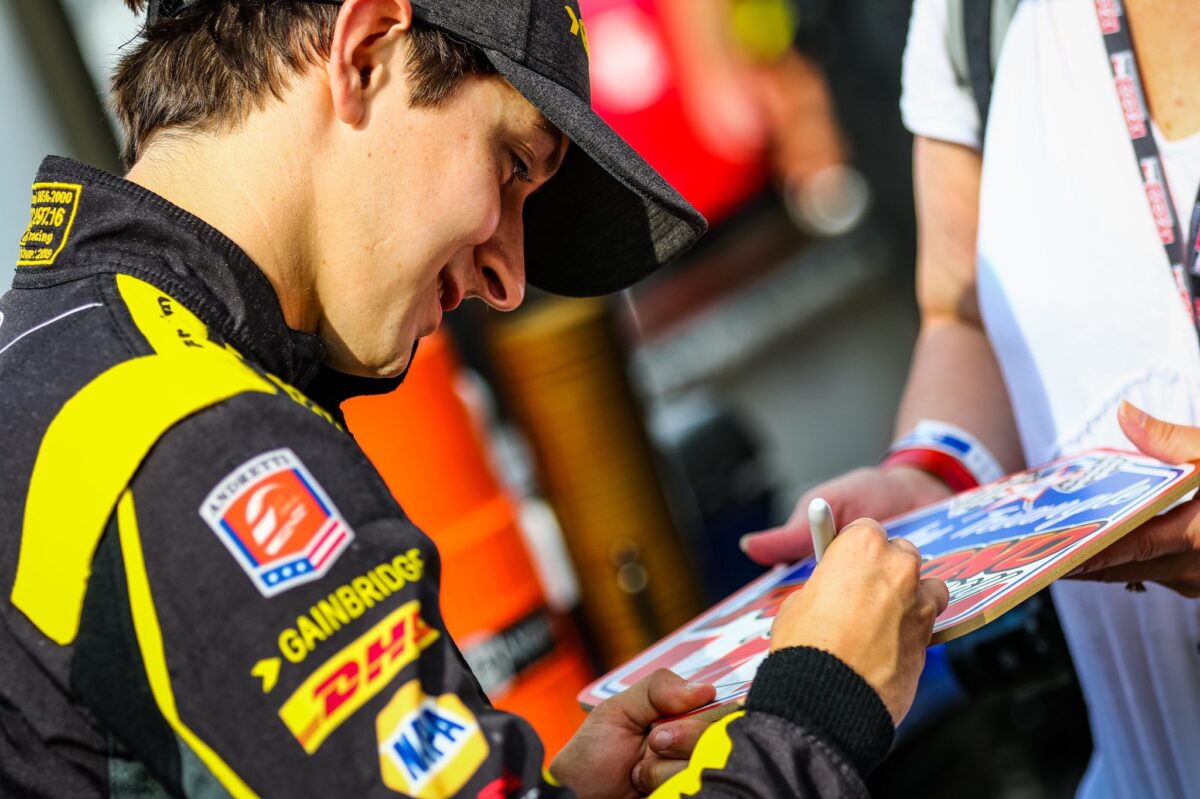 Stockdale native and former Minford Elementary student Zach Veach has his best starting position yet in the Greatest Spectacle in Racing.

Zach will start in the sixth row at spot 17 on Sunday at the famed Indianapolis Motor Speedway.

I’m happy for him but I just cannot imagine.

The past three years, I have been there to cover the race at the Brickyard.

Although not an avid follower of auto sports, the Indianapolis 500 is the most exciting event I have ever attended, and I have been to a few of them.

I have covered everything from the Super Bowl to the Final Four. But I must admit, the MLB Home Run Derby comes close, but that was more entertainment and fun than anything.

The disappointment hits home because I won’t be there for his fourth attempt to “kiss the bricks” as many of the media will not be allowed to come.

The race, traditionally run on Memorial Day weekend, was pushed back to Aug. 23 over fear of the coronavirus. News came down this week that the race will be run without fans.

Zach, who grew up in Stockdale, put on his Twitter post recently that “My favorite sight of the year is walking through gasoline alley and seeing the stands for the first time on Indy 500 race day. Saddened it’ll look so different this year but it is what needs to be done. We’ll put on a great show for everyone watching at home!”

Everything about the Indy 500 is spectacular. The pageantry, the tradition of honoring the military and the patriotism is appreciated. The flyovers send chills down my back and the order for “drivers, start your engines,” are the four most exciting words you will hear.

On race day, it is “highly suggested” to be in the media center about 4 a.m. – maybe I won’t miss that as much come to think of it. But I must admit, the place is hopping with adrenalin even before the sun comes up and rises over the Pagoda. Track employees are everywhere and hyped up on coffee.

But the entire event is a thrill.

I recall walking the straight away with my friend, George, who is the owner of Kingdom Racing, at 6 a.m. He always has a driver in the field and goes to each car and prays for safety over them.

Throughout the morning, there are church services as the Speedway in a garage conducted by IndyCar Ministries. I’ve been to a few of them.
It’s interesting to watch the employees at the track get ready to put on the show. The red carpet is rolled out for “celebrities” at 5:30 a.m. and once the gates open, about 400,000 fans come into the Indianapolis Motor Speedway. It’s electric.

A friend and fellow sportswriter who covers the Bengals with me, went two years ago for the first time at my suggestion, and told me it was more amazing than he ever thought it would be.

I will miss not talking with Zach in his garage hours before he straps into his No. 26 Gainbridge Honda for Andretti Auto Sport. I coached him in fourth grade basketball at Minford Elementary School and he is friends with my youngest son because they were on the same team.

I will miss following him on the board in the media center and watching his car zoom by the me at 240 mph.

Last year, Zach was in good position to finish in the top 10, but a five-car cash with 25 laps to go took him out of 12th place and the race.
Hardly any media, and no fans at the IMS. It’s hard to fathom.

When I spoke to Zach before he raced at Texas Motor Speedway in June, he said it was going to be odd to not see fans in the stands.

He loves the 500 and wants nothing more than to cross the finish line and drink from the milk jar.

Instead of being waited on inside the media center and having the traditional brisket and potatoes for lunch, I’ll be in my recliner chomping on nachos and cheering for our own as he takes part in the most exciting day in sports.