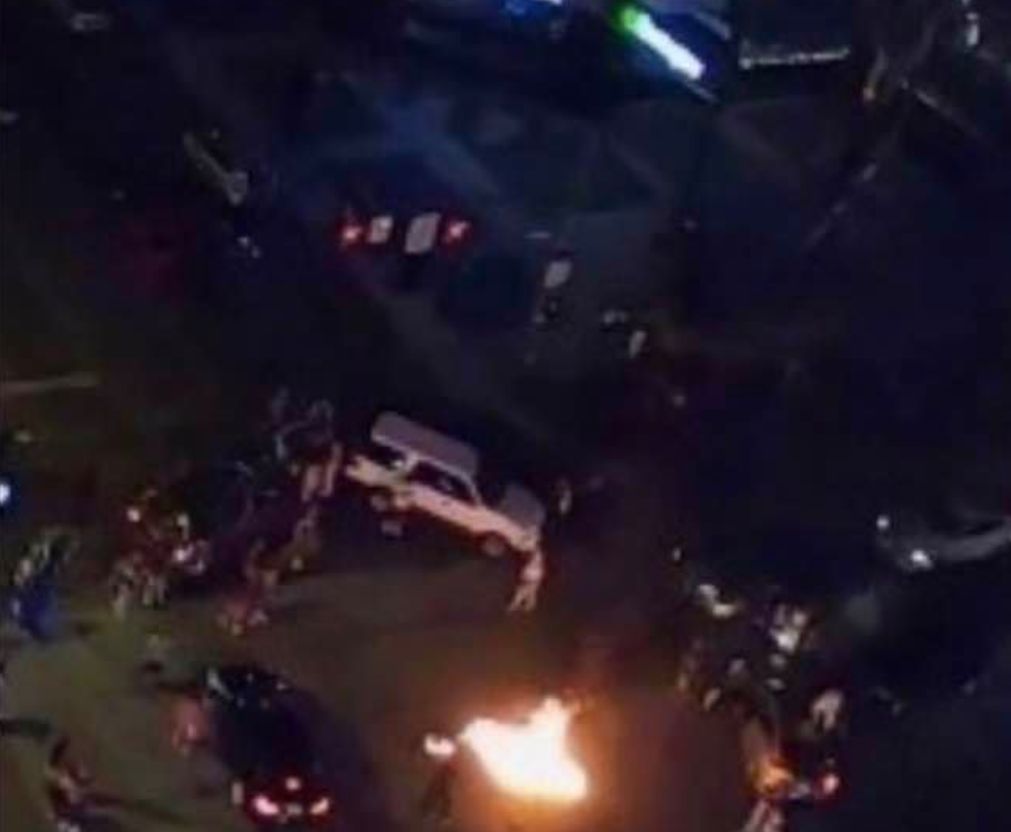 The Statehouse has been a regular target of vandalism by protesters and some Ohio lawmakers have had enough. They are going public about Gov. Mike DeWine’s lack of regard for protecting Ohio’s taxpayer-funded property.

They also question why Mayor Andrew Ginther ordered the Columbus Police Department to “stand down” to rioters, leaving law-abiding citizens and downtown business owners without protection.

Mayor Ginter publicly denied that he ordered CPD to stand-down, but a telephone call to the department tells otherwise.

In the call, the dispatcher clearly states that Ginther ordered CPD to stand down and gave rioters “full rein” of the streets.

Several Ohio representatives are condemning the blatant disregard for public safety and public property by the Governor and the Mayor.

The representatives spoke out on social media against the violent protests.

Speaker Larry Householder said Ohio taxpayers should not have to pay for damages left behind by rioters. He warned that the city’s Local Government Fund could be made responsible for paying for repairs and cleanup.

“I am notifying Mayor Ginther right now that whatever costs it takes to repair damages to Statehouse, Riffe, Supreme Court and Rhodes Tower – I will be pushing to have deducted from City of Columbus’ Local Government Fund,” stated Householder in a social media post.

“State taxpayers should not have to pay if the City won’t let their police protect,” said the Speaker. “If Columbus has the honor of being our Capital City then they have the responsibility to protect taxpayers assets.”

Rep. Jon Cross questioned why the Governor has not stepped in. 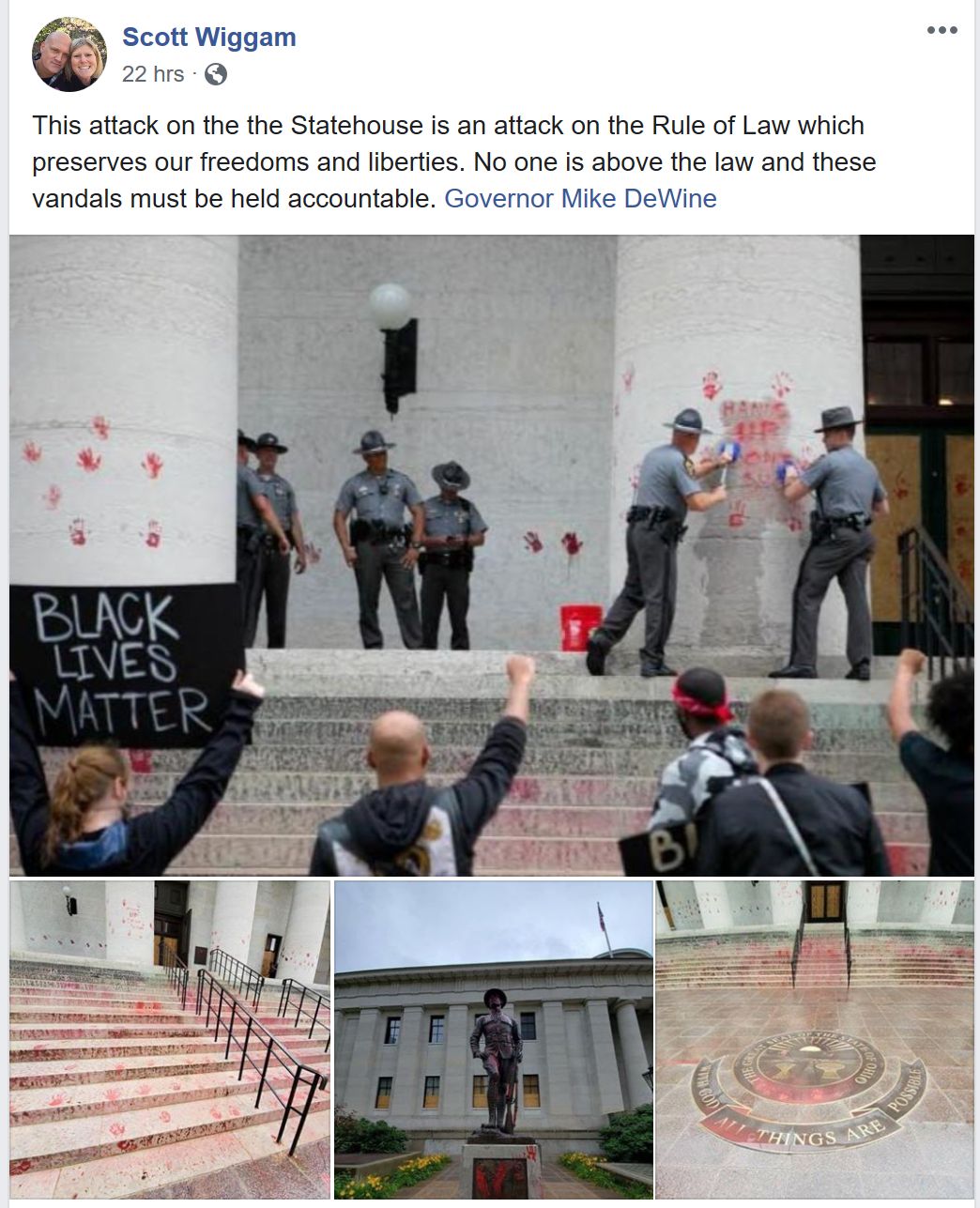 The Statehouse is Post #1 to the Ohio State Highway Patrol. Officers were photographed cleaning up after protesters, after reportedly being ordered to do so by DeWine.

Fliers were distributed by protesters with a list of demands, which included defunding the CPD, changing the name of city of Columbus, releasing all prisoners and having the city listed as a sanctuary for immigrants and refugees.

While several Republican state representatives spoke out against continued unchecked rioting in the state’s capital, many other representatives from both parties were silent.

OHIO STATEHOUSE (CAPITAL SQUARE) LAST NIGHT.
This is the epicenter of state government and the symbol of law and order in Ohio. It lies within the jurisdiction of the City. Arrests that have been made in past weeks have had all charges dropped by the City Prosecutor.

7 thoughts on “Violent Protests Given Free Rein; Mayor Orders CPD to Stand Down”