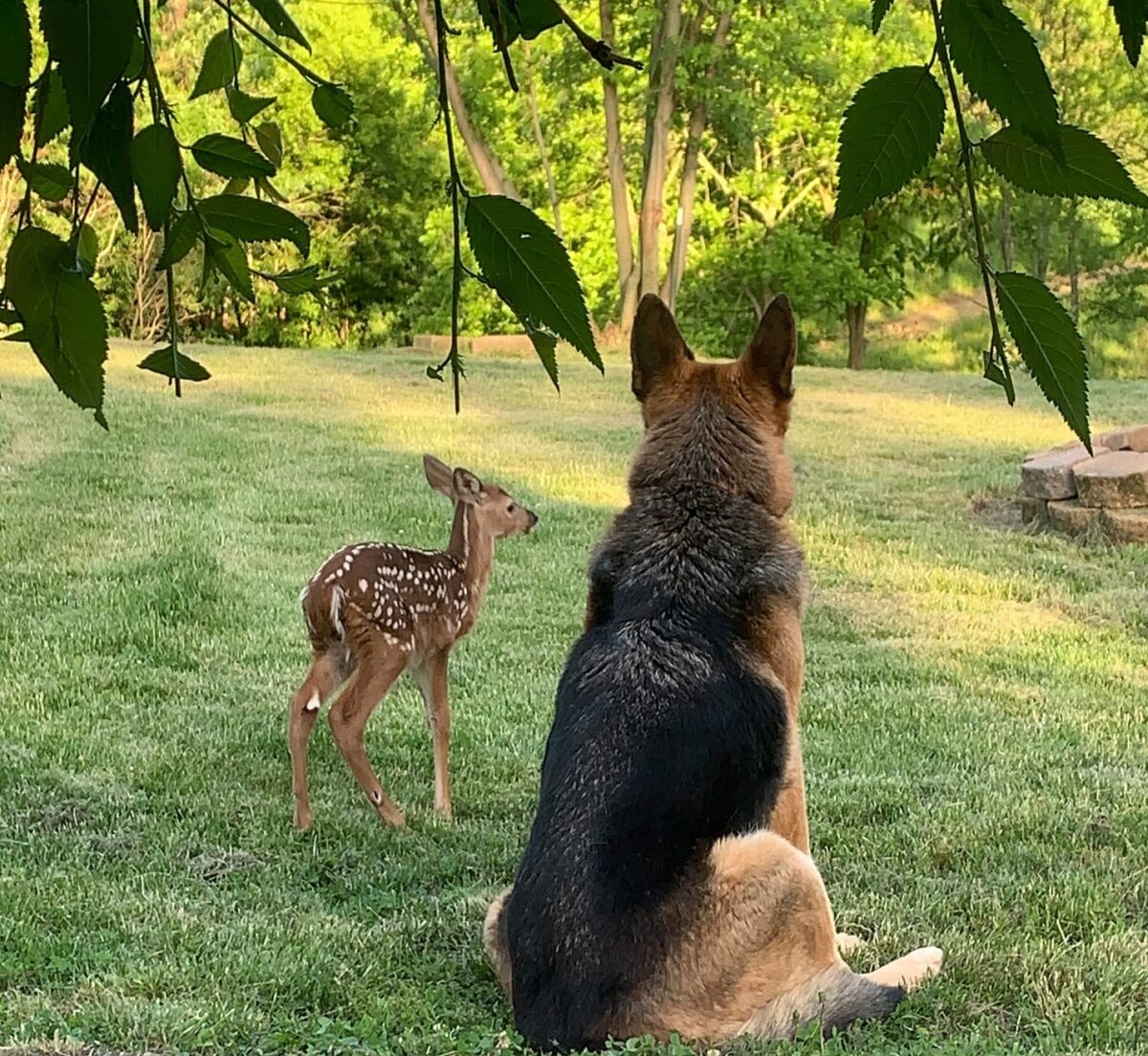 Sarge is known as the dog that loves deer.

Whenever a new fawn is carried through the door, Sarge leaps into action. He frantically sniffs the babe over to determine if there are any injuries. From that moment on, he becomes the fawn’s guardian and refuses to leave its side.

Sarge’s instinct to care for orphaned and injured fawns comes naturally. It’s the same for most people. Who could turn their back on an innocent, helpless babe? But that’s exactly what the state tells us we must do.

All injured and orphaned fawns must die. 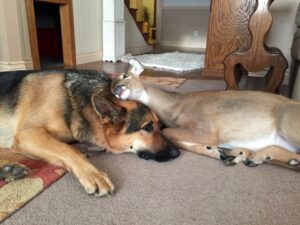 Most Ohioans are not aware of this cruel policy set forth by the Ohio Division of Wildlife. The first thing they do is call the game warden when they find a fawn that needs help. This is a death sentence, as wildlife officials will euthanize the babe or place it in the woods to die a slow and painful death.

Hundreds of fawns are killed this way each year.

Veterinarians are forced to euthanize any fawn brought to their attention or risk losing their license to practice. It’s the same for state-certified wildlife rehabilitators. They are forbidden to rehab fawns.

There is absolutely nowhere in the state to take a fawn for care. 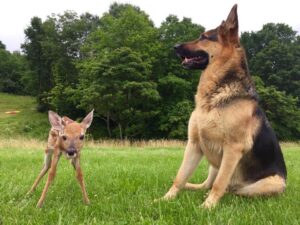 My family learned of this cruel policy a few years ago when a game warden showed up and ordered us to kill a fawn we had raised to adulthood. The deer was free to come and go, and was in no way contained. But that didn’t matter.

Ohio claims ownership of all wildlife within its borders, and it has no compassion where deer are concerned.

After refusing to kill the deer, we were threatened with prosecution. Shortly afterward the deer turned up dead, his remains found decomposing in the woods. We suspected he was killed by wildlife officers but there was no way to know.

This happens frequently in Ohio. A deer in Clarington was killed just for being tame, shot in front of young children in a back yard. Stories of ODOW’s cruel tactics are commonplace. 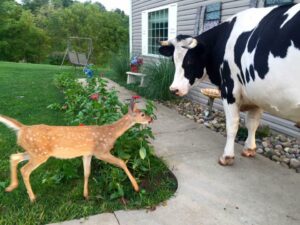 Nearly every other state in the nation has some form of fawn rehabilitation, where fawns are raised and released wild. This is very successful and costs the states nothing.

While Ohioans are banned from helping a fawn, the state’s deer farming industry is thriving. Deer farmers raise wild deer inside fences  as domestic livestock. These deer are commonly used in canned hunts.

Unlike injured wild fawns, deer in farming operations have access to veterinary care.

“There are 600 people in Ohio raising deer, but people just don’t know we exist,” said Curt Waldvogel, a Madison County deer farmer and president of the Whitetail Deer Farmers of Ohio. “We’re not trying to hide, but people don’t know there is this industry out there.”

ODOW claims that fawn rehabilitation was outlawed due to Chronic Wasting Disease, an illness that has never been found in Ohio’s wild deer population. CWD has been found only in Ohio’s deer farming herds. 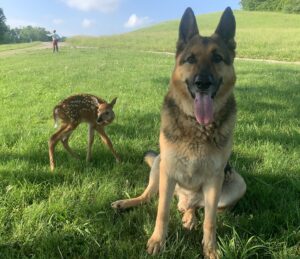 Every year various deer advocacy groups attempt to get legislation passed to reopen fawn rehabilitation and sanctuary in Ohio, and every year we’ve failed. The ODOW, deer farmers and sport-hunting groups rally against it. They do not want to give up even a fraction of control over the billion dollar white-tail deer industry.

Wildlife rehabs are funded through donations and adding fawn rehabilitation would cost the state nothing.

Despite Ohio’s cruel wildlife laws, Sarge and I will continue to help fawns because there is no other option for these innocent babes. There are others out there doing the same. We all live in fear that the ODOW will show up to kill the animals we have poured our time, resources and hearts into saving. 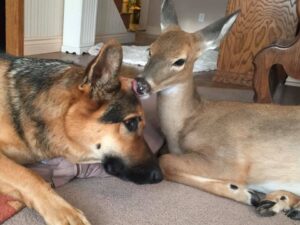 May God bless any fawn born in the state of Ohio.

20 thoughts on “Compassion Outlawed: All Injured and Orphaned Fawns in Ohio Must Die.”