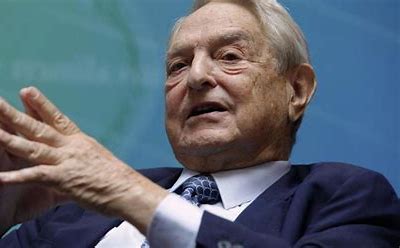 The Democratic party has been hijacked.

What was once a proud centrist party for the working-class has been commandeered by left-wing radical socialists.

Now, it appears that Black Lives Matter and the militant anti-American group Antifa has also carved out a spot in the platform.

Recent events show just how far the party has fallen in a few years.

Major cities with Democrat leaders have been taken over by rioters, looters, criminals and arsonists. Blocks of city streets have been destroyed and a portion of Seattle, Washington has been claimed by radicals.

Thugs have proclaimed a six-block section of Seattle a ‘No Cop Co-Op’ zone called CHAZ that has its members armed, which the mayor calls a peaceful demonstration. She is delusional.

Instead of confronting the law breakers, Democrat leaders take a knee and bow before them.

This new breed of progressive Democrats has taken control in San Francisco, Chicago, Philadelphia and other urban centers that are now under siege.

The party’s decent into darkness can be traced back to Marxist billionaire George Soros.

Soros donated $5.1 million to promote Democratic candidates in the 2020 election, according to a filing with the Federal Election Commission. This is just a fraction of the $20 million Soros gave the Democratic party in 2016 – and this includes only documented amounts. Read: Billionaire George Soros Creates Super PAC to support 2020 Democrats

Why is this Hungarian follower of Marxism financing the Democrat candidates? And why are they following his lead?

Soros has provided financial backing to Black Lives Matter and is linked to militant Antifa. Soros funds over 200 active left-wing organizations in the U.S.

Soros also bought out our news media – to the tune of $48 million. It’s a strategy that Soros has been deploying in the media in both the United States and abroad since 2003. He’s had a plan to bring down America for a long time.

The scheme to abolish police departments is not new. It’s been a pet-project of Soros’ for decades.

What will these Democrat-run cities do without a police presence? Soros may have a plan for that.

The Global Centre for the Responsibility to Protect, a group that contends that when a state proves either unable or unwilling to protect civilians from mass atrocities occurring within its borders, it is the responsibility of the international community to intervene — peacefully if possible, but with military force if necessary.  Soros funds this organization.

Soros backs Midwest Academy, an entity that has trained tens of thousands of radical activists in the tactics of direct action, targeting, confrontation, and intimidation – tactics used in riots.

The Democratic party of today is nothing like what we remember.

There is no way Democrats 10 or 20 years ago would have agreed with these antics or philosophy.

The new Democratic party is a scary place.