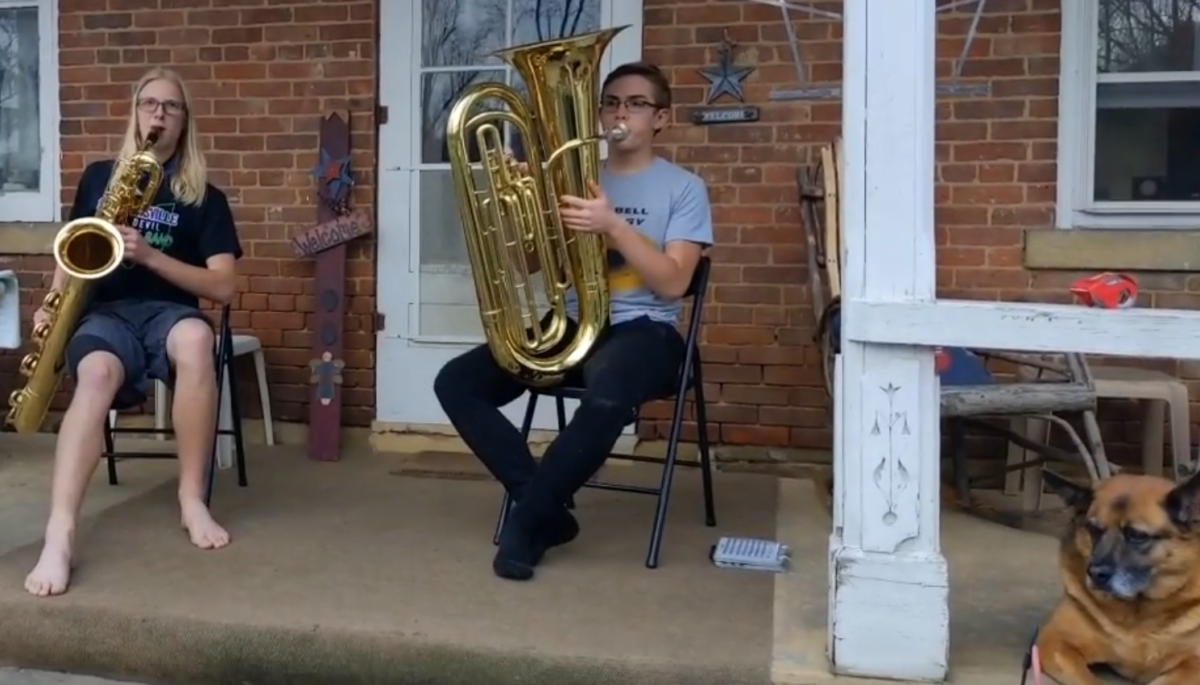 How do some musically inclined Belmont County band students pass the time during Ohio’s Stay-at-Home order? By holding Porch Concerts, of course.

These porch musicians have brought great joy and entertainment to folks residing in St. Clairsville, a small city located in East Ohio.

The concerts are a win-win. St. Clairsville High School band students keep their musical instruments in tune while entertaining the town. At the same time, everyone is keeping within the boundaries of social distancing.

Parents say it also gives the kids something to do that doesn’t involve electronics.

Even some band alumni have gotten in on it, playing instruments on the streets for people out exercising their legs or their dogs… and for passing motorists, of which there are very few these days.

The idea of holding porch concerts was put out online by St. Clairsville band director Justin Schwertfeger and his wife Becca, who leads the high school band’s color guard corps. The couple filmed their own routine and put on social media. This got the ball rolling and the music playing, as more and more people join in the fun.

“As a parent, I think it’s a wonderful idea,” said Jill Caprita, whose son and daughter play in the high school band, Matthew and Andrea Horton. (pictured below)

The concerts officially perform on Thursday evenings at 7 pm, but with spring in the air, band students and alumni can be often be heard practicing outdoors.

Even some out of town residents say they can hear the music playing.

Videos and pictures are posted on the Facebook page #STCporchconcert