Could someone sell their vote to the highest bidder? Asking for a friend.

Don’t judge. My friend isn’t the first person to contemplate selling their vote. Not long ago there was a website called vote-auction.com where folks could auction off their vote to the highest bidder.

Disillusioned voters who intended to sit out the November election put their votes up for bid on the site.

There was just one problem: This is voter fraud, which is a felony. The site was abruptly shut down. 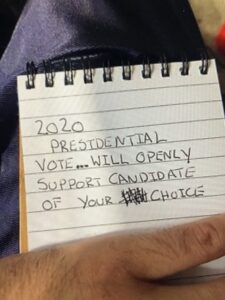 Potential felony charges aside, if someone were to sell their vote, how much would it bring?

Judging by what candidates paid in campaign funds, votes in presidential elections cost the most.

Check out these price tags. A vote cost presidential candidate Hillary Clinton $21.64 in the 2016 election, while a vote cost President Donald Trump somewhat less at $15.20.

Gary Johnson paid bargain-basement prices in the 2016 presidential race, with each vote costing him under three dollars, possibly a good example of “you get what you pay for.” 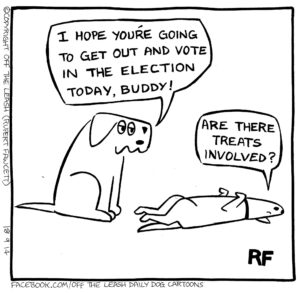 Some have suggested offering incentives to get people to the polls, a sort of round-about way of paying for votes. One city even offered a lottery jackpot of $10,000 to a random voter.

The secret ballot system makes cheating in an election difficult. Even if a voter wanted to sell their vote and actually found a buyer, the voter would be hard-pressed to offer proof that their vote was cast how the buyer wanted. This is called vote-buying which, reportedly, is very rare.

Voter impersonation at the polls also is a rarity, but apparently can happen.

Federal law requires a voter to provide some sort of official identification before they can register to vote or cast a ballot in an election. Ohio requires an ID to register and on election day at the polls.

When voter fraud occurs, it almost never happens at a polling station, according to law experts. It most commonly occurs through absentee ballots.

Absentee mail-in ballots make it easy to forge a signature, buy or sell a vote or impersonate a voter.

Voting by absentee ballot used to be very uncommon. The voter first had to provide a valid reason to the Board of Elections for being unable to vote on election day before being approved. It’s becoming more commonplace today, and is even encouraged.

Here are some other ways voter fraud can occur.

Votes cast in the names of deceased people: The name of a deceased person remains on a state’s official list of registered voters and a living person fraudulently casts a ballot in that name.

Felon vote fraud: The casting of a ballot by a person who is a convicted felon and is not eligible to vote as a result of the conviction.

Voter suppression: A variety of tactics aimed at lowering or suppressing the number of voters who might otherwise vote in an election.

Ballot stuffing: Casting illegal votes or submitting more than one ballot per voter.

Does your vote count for anything? USA Today recently ran an opinion piece entitled, “Your vote almost certainly won’t matter. On Election Day, work and donate your earnings.”

It stated that your vote matters only if you break a tie. Furthermore, Republican and Democratic voters cancel each other out.

You could always do what this guy did and list your vote on eBay.

2020 vote— Citizen; non felon. NC vote; Voting is important to some not as important to me. Once vote is bought I’ll support whoever; open to any political conversations, Wanted a 1,500,000 for vote but eBay only allows 25k…. 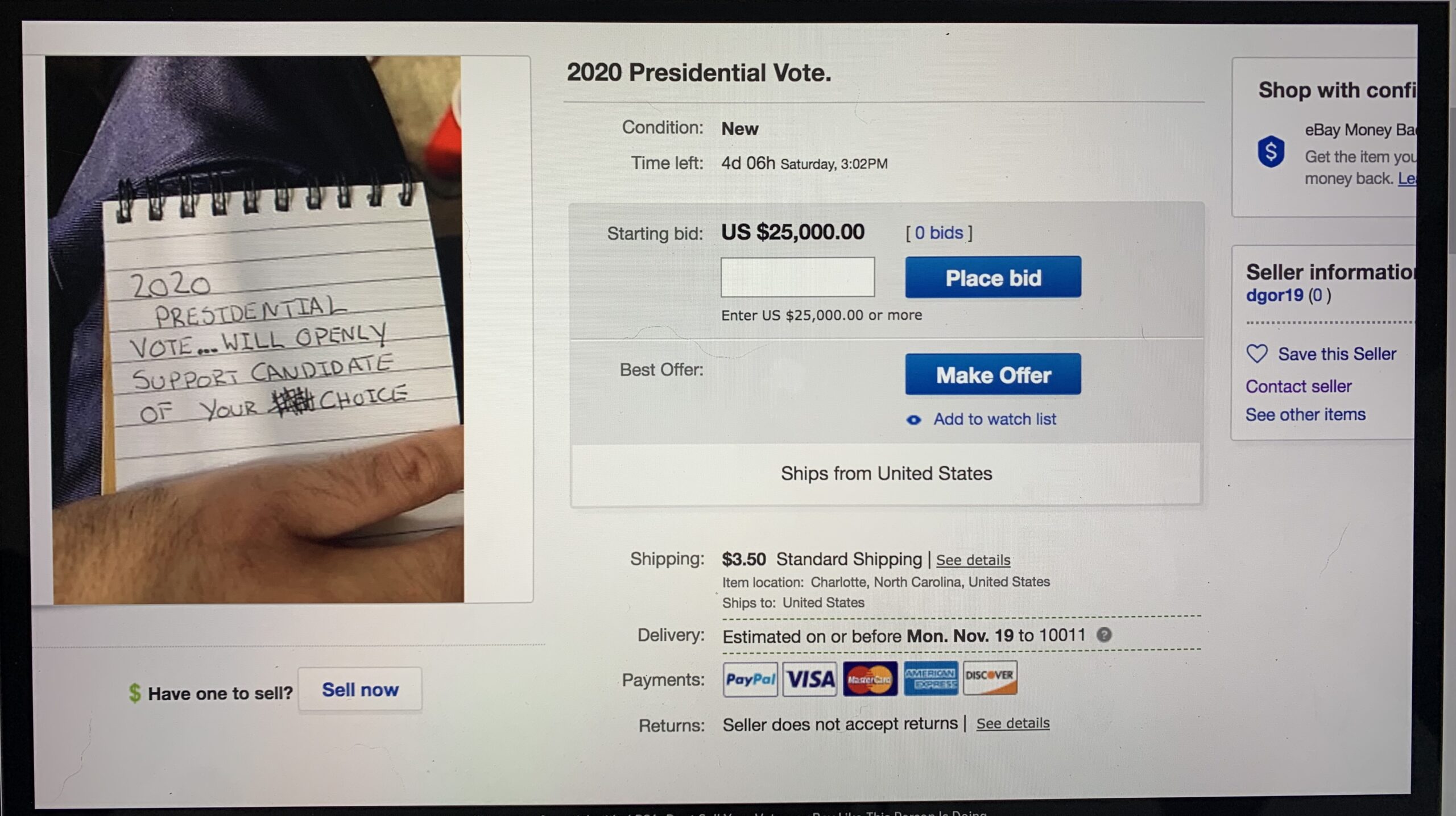 One thought on “Selling Your Vote and Other Voter Fraud”