The Governor is offering a “financial reward” to state employees who receive the flu shot this year.

The incentive is being funded in part by state tax revenue.

State workers who take the flu vaccine will be compensated $75 each and their spouses $25 each, according to an email sent out by Gov. Mike DeWine to “colleagues” on Oct. 5.

The incentive is paid through the Health Benefit Fund, which is 85 percent funded by the state, according to Mike DeWine’s press secretary Dan Tierney. Fifteen percent is funded through employee contributions, Tierney said. 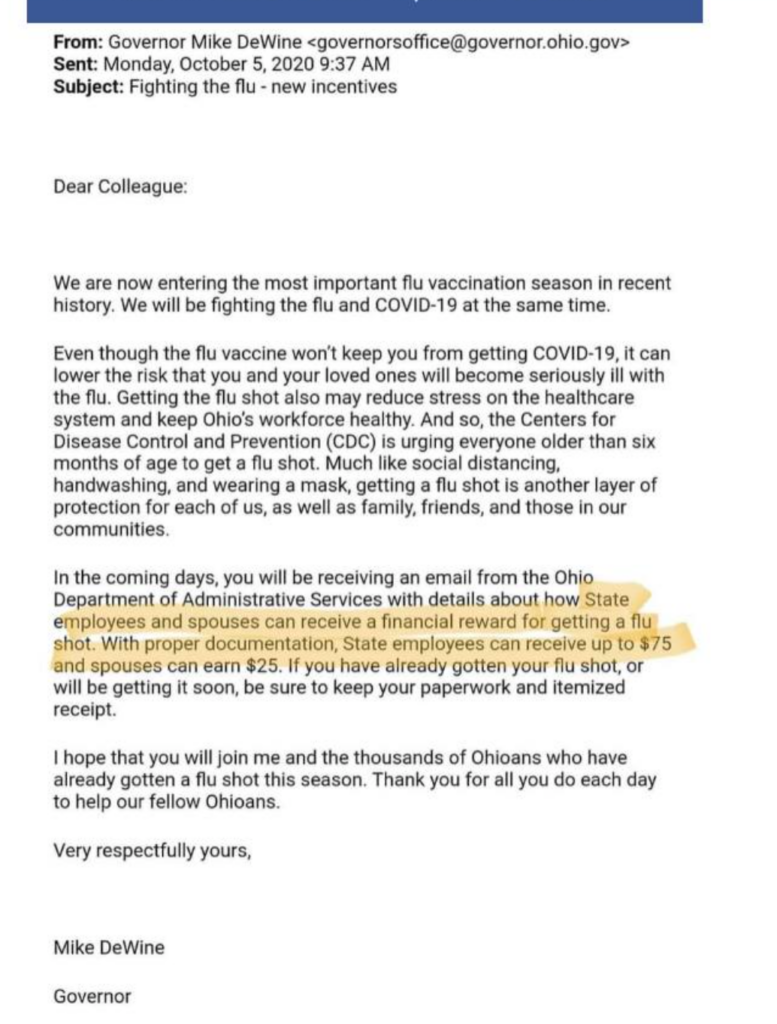 Does that mean taxpayers are funding 85 percent of the $75 incentive?

“Because flu shots are paid for at point of sale through insurance providers, with no cost sharing to employees, the 85% percent statement on flu shots is inaccurate,” the press secretary explained.

“You can say the fund is funded that way, but not individual procedures or vaccinations.”

Tierney said employees have been eligible for various health-related incentives for many years.

Last year the Ohio Department of Administrative Services began plans to expand that to include preventative screenings and immunizations in conjunction with a move to a new wellness vendor, he said.

The flu vaccine is on average about 40 percent effective, say medical reports.

The overall effectiveness of the 2019 flu vaccine was 29%,  according to the U.S. Centers for Disease Control and Prevention.