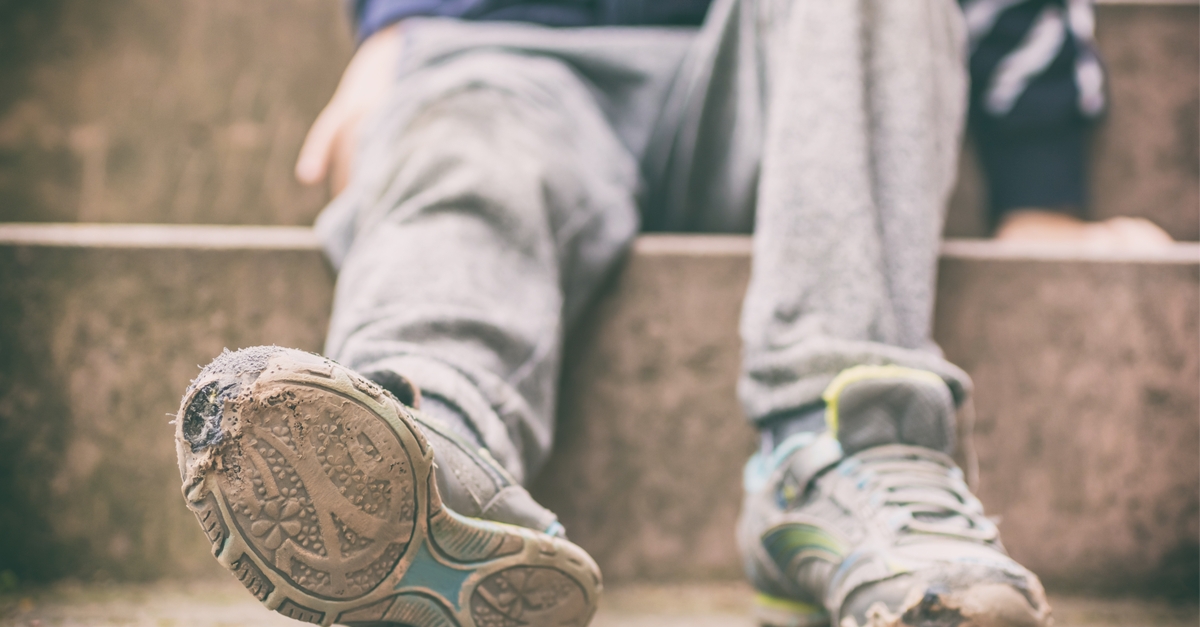 Ohio was ranked third in the nation as hurting the most financially due to the COVID crisis’ impact on its residents.

In a recent nationwide study, SmartAsset, a financial advisor, looked at the states where residents have been hurting the most. They compared the 50 U.S. states across six metrics.

SmartAsset made determinations using food insufficiency, housing insecurity, rise in unemployment, the poverty rate and other factors. Of the 50 states, Ohio was ranked third.

Unemployment and food insufficiency in Ohio have been high in recent months, according to Bureau of Labor Statistics and Census data. The unemployment rate in April 2020 was 16.8%, the sixth highest of all 50 states.

Moreover, in mid-May, 12.8% of residents reported that they either sometimes or often did not have enough to eat during the previous seven days. This is the fifth-highest rate of residents reporting food insufficiency.
Despite government relief programs, the coronavirus crisis has impacted the finances of many Ohioans.

Although many businesses say they will rehire workers, University of Chicago economists have theorized that more than 40% of recent layoffs will result in permanent job loss.

Ohioans who still have their jobs also face financial pressure. According to a National Endowment for Financial Education (NEFE) April 2020 survey, nearly nine in 10 Americans say the COVID-19 crisis is causing stress on their personal finances. 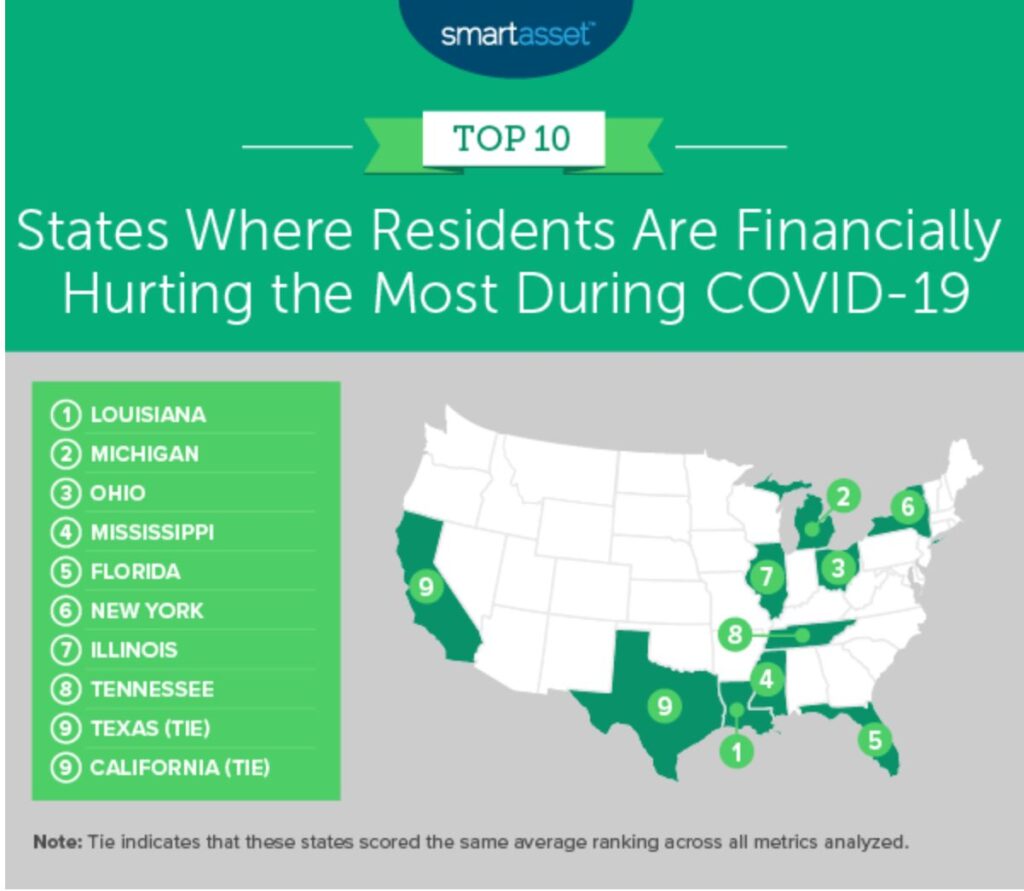 To find the states where residents are financially hurting the most during COVID-19, SmartAsset looked at data for all 50 U.S. states and compared them across the following metrics.

Each state was ranked in every metric, giving a half weight to the first two metrics: April 2020 unemployment rate and increase in unemployment during COVID-19. A full weight was given to all other metrics.

Residents in populous states may be experiencing the largest financial fallout. California, Texas, Florida and New York are the most populous states in the U.S. Those four states all rank within the top 10 states where residents are financially hurting the most due to the coronavirus, according to findings.