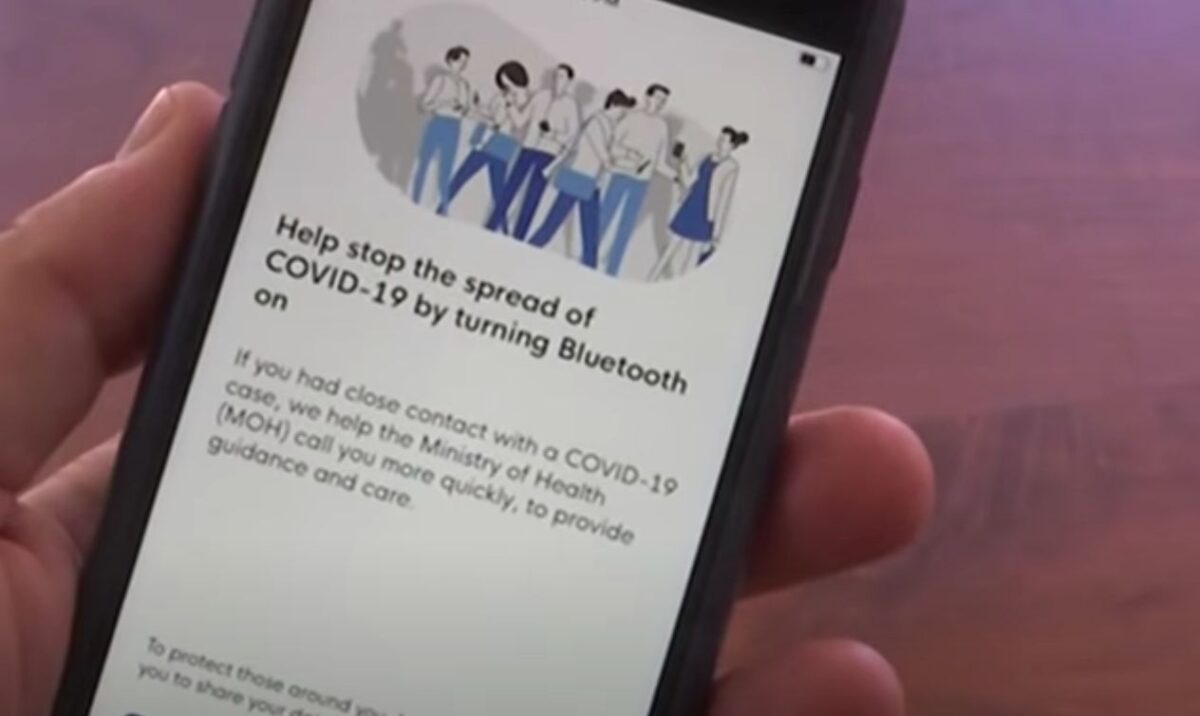 You may have noticed something new on your smart phone recently. It’s the new, billion-dollar “Health” technology created by a partnership between Apple and Google. If it’s not in your settings just yet, it will be once your phone updates.

This new technology lays the foundation for contact-tracing apps to be downloaded to your devices. Contact-tracing technologies are being used by several states as a means to inhibit the spread of Covid-19. Ohio is among them.

Contact tracing is nothing new. It’s been used for decades during outbreaks to track the spread of disease. The game-changer is technology, something that takes contact tracing into a whole new arena.

These apps run in the background on cellular devices, tracking your location using Bluetooth and recording others you come in contact with.

California Governor Newsom and New York Governor Cuomo are strong supporters of the program. So is Ohio Gov. Mike DeWine.

So far, about 10 states are offering or planning to offer cellphone apps (like Utah’s Healthy Together app) to track people who may have been exposed to the virus.

DeWine recently announced that Ohio’s contact tracing will be overseen by the controversial organization, Partners In Health.

Partners in Health  lists George Soros’ Open Society Foundations as an official partner, along with the Bill and Melinda Gates Foundation. Chelsea Clinton serves on the PIH Board of Trustees, according to its 2019 annual report.

An investigative reporter with Ohio Statehouse News submitted FOIA requests to the Governor’s Administration and the Ohio Department of Health for copies of contracts and communications with PIH. The requests were submitted over five weeks ago but have yet to be fulfilled.

Hundreds of Ohio tracers have been hired and are being trained in the use of contact tracing technology. No figures are available on how much this is costing the state.

DeWine said participation in Ohio’s contact tracing program is optional. However, at least 60% of a population must have the technology downloaded and active in order for it to work.

In other countries, the take-up rate has been low. For example, Singapore’s own TraceTogether only managed to get 20 percent participation. Government officials in that country are now pushing mandatory contact tracing through a wearable device so that, they said, further shutdowns and restrictions will not be necessary.

Proponents of contact tracing with technology say that participants’ personal data is safe and will only be used for tracing Covid-19. Convincing the public of this may not be so easy.

When you come into contact with someone who later tests positive for Covid-19, you will be contacted by Ohio health officials who will direct you to quarantine yourself at home. You will need a separate bathroom and bedroom that no other members of the household use.

If you do not have access to a separate bathroom and isolated bedroom, the state will ask you to relocate during the required quarantine period, though they did not elaborate on where this would be.

“So again, the vast, vast majority of people are going to do what they need to do to keep other people safe without any coercion by anybody,” DeWine said regarding self-quarantine at a recent press conference.

For those that do not cooperate or do not have the appropriate facilities in their home, the Governor and former Health Director Dr. Amy Acton found an old law that will mandate you to do so.

“These laws are very, very old and go back to the 1800s,” said Acton. “We do quarantine. It is a law; it can be mandated if someone is putting others at risk.”

View a video clip of these statements.

Many Ohioans question the need for costly contact tracing technology in Ohio, where an estimated 77 percent of deaths have occurred in nursing facilities. Nursing homes have been under lockdown orders since early March.

Others see a problem with the technology, itself. Just one of the issues is Bluetooth.

Because Bluetooth can usually penetrate walls, if you and an infected person are in the same building but separated by a wall you could still be falsely alerted and forced to quarantine. This could also occur if you are practicing social distancing. It all depends on how strong the Bluetooth signal is in various locations.

When asked about the new partnership between Apple and Google, Trump replied that the contact-tracing technology is “an amazing thing” but many people “have some very big constitutional problems with it.”

6 thoughts on “DeWine Wants to Trace Your Every Move: What we know so far about Ohio’s contact tracing”