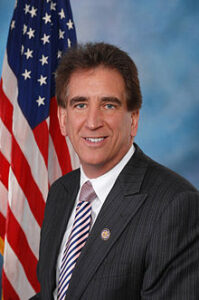 Last May, like you I watched horrified as what began as a peaceful protest in downtown Columbus quickly escalated into a full-scale riot.  That riot then spread to Ohio’s historic Statehouse where thugs broke 28 windows, burned American flags, and ultimately caused over $158,000 in damages to the people’s house.

The damage to downtown Columbus businesses was even worse.  According to WBNS TV, rioters broke the windows of numerous storefronts and looted a local convenience store.  Store owners spent weeks cleaning and repairing the mess.

The cost to taxpayers was also significant.  According to the City of Columbus, cleanup costs totaled nearly $150,000.  Meanwhile, the Columbus police stated that they spent approximately $2.7 million in overtime connected to these protests.

According to the sponsors, HB 109 would do the following:

Democrat elected officials, along with some liberal Republicans, have coddled these criminals for too long.  Peaceful protest is always welcome in a free society.  But those who smash storefront windows, throw bricks, and set things on fire should be punished and punished severely.

Jim Renacci is a business owner that operated 60 businesses, created 1,500 new jobs, and employed over 3,000 people across Ohio.  He served four terms in the U.S. Congress and was the 2018 Republican Nominee for the U.S. Senate from Ohio.  For more information, please visit www.jimrenacci.com .

3 thoughts on “Jim Renacci: Enough is Enough, It is Time to Restore Law and Order in Ohio”