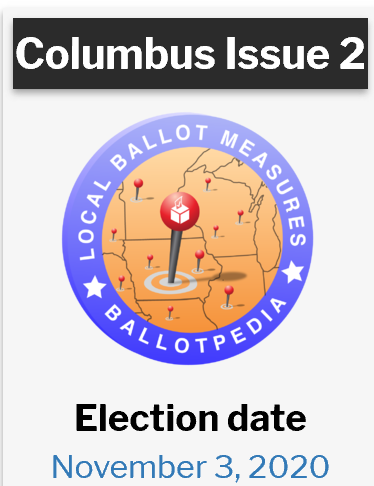 Letter to the Editor from former CPD James J. Scanlon

“Vote NO on Columbus Charter Amendment Civilian Police Review Board”

After spending over $500,000 of Columbus City tax dollars on a no bid contract with the BakerHostetler Law Firm, Mayor Ginther and City Council members were “surprised and angered” that the vast majority of Columbus Police Officers were cleared of any wrongdoing during the recent downtown riots. Unfortunately, Ginther and Council members did not voice the same “surprise and anger” about the 200 injuries inflicted on their police officers during those same riots.

Since Mayor Ginther and all Columbus City Council Members didn’t get the desired bang for their buck, (well – your buck), in maliciously persecuting Columbus Police Officers, they have devised another plan to accomplish that goal.

They propose Columbus Charter Amendment (3501.11G) to establish a suspiciously vague Citizen Review Board that lacks any transparency. This proposed kangaroo court has no clear direction, no clearly defined goals, and no clear selection process for board members.

However, Ginther’s charade of a citizen’s review board will clearly be filled with individuals who have a disturbingly anti-police bias and will be focused on falsely accusing and prosecuting the fine men and women of the Columbus Division of Police.

Support your Columbus Division of Police. Support a return to law and order in Columbus.

Vote NO on Columbus Charter Amendment (3501.11G) Citizen Review Board.