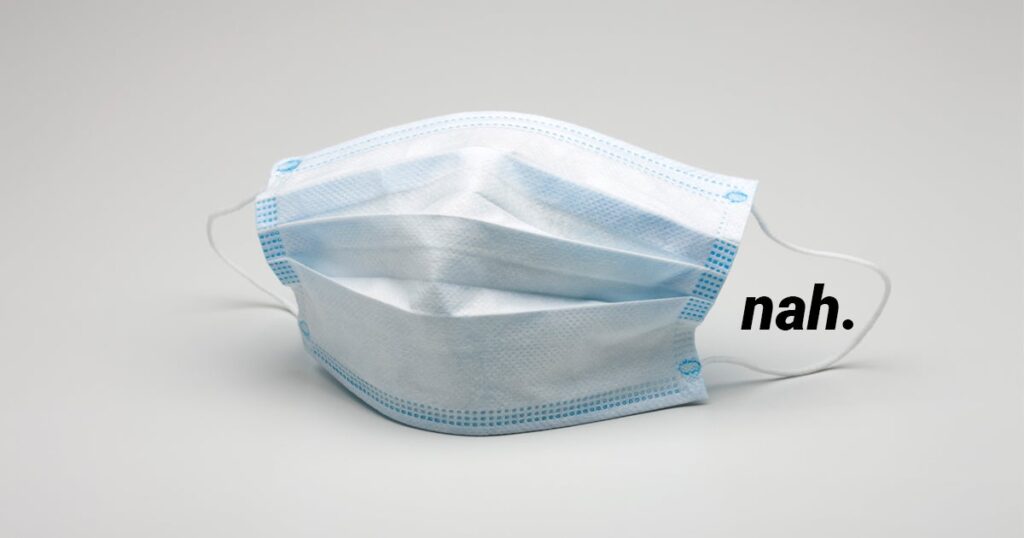 Some people are convinced that wearing a face mask is necessary to protect their health. To go a step further, they think you need to wear one too.

For those of us who choose not to wear a mask, leaving home without one can be risky. Not because of the new coronavirus, but because it makes you the target of public shaming and verbal assault. We are often called selfish and are told that (somehow) we are going to kill other people. 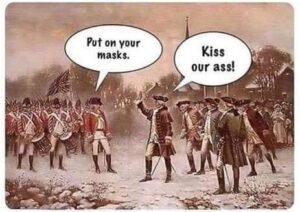 Facemasks are not mandatory in Ohio, even though Gov. Mike DeWine apparently thinks they should be.

DeWine and Ohio Health Director Dr. Amy Acton spent weeks telling Ohioans that masks made little or no difference in the spread of COVID. Then they became a required component to reopening businesses. After some public pushback, DeWine made masks a recommendation, reminding us that business owners can still require customers to wear masks.

Even though they are not a requirement, some Ohio lawmakers are being called out for not wearing masks.

The Ohio Capital Journal reported Democrats are wearing them, but Republicans are not. It refers to the trend as the new “partisan divide.”

The Ohio Capital Journal credits Democrats for wearing them to “protect their colleagues and coworkers,” but at the same time berates Republican legislators for not wearing them, displayed by a “general distrust of the science.”

Republican State Representative Nino Vitale has been outspoken about choosing not to wear a mask.

The lawmaker has now become a celebrity of sorts for standing up for the rights of Ohioans.

In a Monday interview with Newsweek, Vitale said, “No one is stopping anybody from wearing a face mask. But quite frankly everyone else’s freedom ends at the tip of my nose.”

Vitale’s stand against forced masks has drawn a large crowd of followers to his Facebook page.

First, it is our right as American citizens to chose what we do or do not wear on our faces, protected under the U.S. Constitution. As if that alone isn’t enough, there are valid scientific studies concluding that masks do nothing to protect people from disease and can even be harmful.

This is especially true for children and people with medical problems.

“Wearing a mask may actually be harmful to some people with heart or lung disease because it can make the lungs work harder to breathe,” Said the CA Dept. of Public Health.

The World Health Organization recently released an updated guide. It stated that there is no evidence that wearing a mask in the community prevented healthy people from picking up respiratory infections including Covid-19.

“When ambulating, you should not have something on your face,” said Murnane. “This actually increases your chance of getting sick from breathing CO2.”

Murnane said that to help avoid getting ill from any virus, wash your hands frequently, get adequate sleep, don’t cough on people and take vitamin C as well as D3 daily.

Wearing a mask outdoors is pointless, as outdoor transmission is exceedingly rare, according to a study released last month that tracked 318 clusters of COVID-19 in China.

The video was censored and removed from You Tube but portions of it can be seen in this clip from Fox News.

“The building blocks of your immune system is virus and bacteria. End of story.”

Scientific Researcher Judy Mikovits said that wearing a mask can activate your own viruses.

“You’re getting sick from your own reactivated CV expressions,” said the scientist.

Mikovits authored the book, Plague of Corruption: Restoring Faith in the Promise of Science.

Yet another reason to forego a mask: Vanity.

Wearing one for extended periods can result in pressure damage to the soft tissue of the face, said experts.

Sweating and moisture from warm exhaled air can result in a rash and infection, as can the sides of the mask rubbing against facial skin.

The Director of the Institure of Skin Integrity and Infection Prevention at the University of Huddersfield in the U.K. Karen Ousey and was part of a team that conducted detailed research into the pressure damage that can be caused by a wide range of medical devices, including face masks.

Finding and recommendations of the study were published in February.