I think I am in elite company when I say that I have coached two young men who have gone on to a higher level in professional sports.

With that, I am taking zero credit for their accomplishments.

For one baseball season, I was on the coaching staff of the American Legion Post 23 team when Dylan Shockley was on the roster in Scioto County, Ohio. My son also played with him at Minford High School.

And I also coached Zach Veach in fourth-grade basketball at Minford Primary School.

Today, Shockley is getting ready for his second season with the Pittsburgh Pirates organization, while Veach is preparing for his fourth year behind the wheel in Indy Racing.

Both are seeing their wildest expectations come to life in front of them, and they are thankful for the experiences they have gained over the years.

“I’m living my dream,” Shockley said. “Every kid who played Little League dreams of this day. I’ve accomplished one goal, but I have a long way to go, and I’m looking forward to the journey.”

Veach, who is from Stockdale Ohio, will begin his fourth Indy racing season behind the wheel of his No. 26 Honda on June 6 in Fort Worth, Texas at the Texas Motor Speedway. The race will be run without fans.

“It’s going to be odd for sure,” he said of racing without spectators. “But at this point, I’m just looking forward to racing again.”

Shockley, who was drafted in the 34th round in the MLB draft in 2019, said the biggest adjustment he had to make was learning to communicate with pitchers from the Dominican Republic.

“I had to learn Spanish in like a day,” he said. “But I caught on quick and adjusted.”

Veach on the other hand, has been patient during his three years of racing at the highest level, and he is ready to collect a checkered flag.

His main goal is to win the Indianapolis 500. Last year, he weaved his way up to 4th position. But he fell back to 12th when he was involved in a five-car-crash that knocked him out of the Greatest Spectacle in Racing with 25 laps to go.

“To win Indy is why we do this,” he said. “Each year we’ve done better and made progress, but I’m ready to win.”

Both have been home during the pandemic and trying to stay in shape to prepare themselves mentally for their upcoming seasons.

Shockley has been using local private buildings and garages equipped with gear to stay fit.

“I’m itching to get out on the field,” he said.

Veach said his team has shipped in equipment to his home in Indianapolis. He notes the racing simulators and stationary bikes are nice, but they are not the same as the real thing.

There comes a point when you know you have reached your dreams. Shockley is close. He has jumped the first hurdle in being drafted. He must continue to prove himself and climb the ranks of the minor league system.
Veach is a member on a team that holds perhaps one of the most hallowed names in racing — Andretti Autosport.

“I grew up wanting to be like [Michael Andretti] and now he is my boss,” he said. “I wake up every day living my dream.”

Shockley realized his dream was coming true when he was invited to early Spring Training because he is a catcher, and they are in high demand during organized practice.

In the clubhouse in Bradenton, Florida, he watched MLB players with the Pirates being interviewed by the media.

For me to know both these young men is an honor. I am proud of them and what they have been able to accomplish.

I am looking forward to interviewing Shockley someday after an MLB game where he throws out a runner to win the contest.

And I can’t wait to congratulate Veach after he drinks the milk and kisses the bricks.

You have made Scioto and Pike counties proud. Thanks for letting me be a small part of your journey.

Godspeed Zach, and Take Me Out to the Ball Game, Dylan. 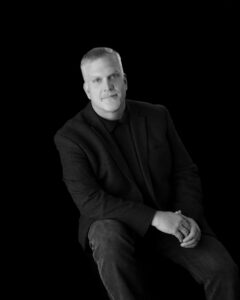