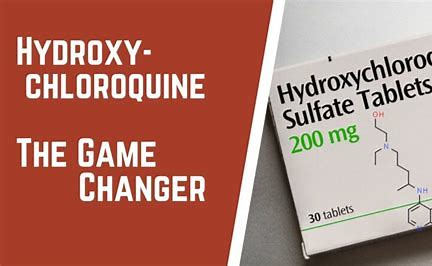 Ohio is banning the use of  hydroxychloroquine in the treatment of COVID-19 beginning Thursday, according to the Ohio Department of Health.

ODH Press Secretary Melanie Amato said the drug is not an effective treatment for COVID-19. She stated that Board of Pharmacy rule 4729:5-5-21 of the Administrative Code will go into effect Thursday, banning its distribution.

The rule prohibits selling or dispensing hydroxychloroquine and chloroquine for the treatment or prevention of COVID-19.

The ODH announcement comes just days after new information was made public about the success of hydroxychloroquine – actually calling it a cure for COVID-19.

Medical professionals attending an America’s Frontline Doctors Summit in front of the U.S. Supreme Court in Washington, D.C., on Monday addressed the media and the U.S. public about the country’s fight against COVID-19 and a few, including Dr. Stella Immanuel, spoke out against the current accepted virus treatment and the need to wear masks.

Video of Immanuel speaking quickly went viral as she talked about her experience treating COVID-19. She called it a cure for the virus.

This position is in contrast to the safety issues raised by the FDA, which has cautioned against using hydroxychloroquine or chloroquine to treat COVID-19 patients.

The video was quickly banned across social media platforms.

The Ohio Department of Health purchased two million of doses of the drug earlier this year and later was given two millions more doses by an Ohio drug-maker. None of which has been dispensed to the public for use, say sources.

About 22 states bought up large quantities of the drug – some 30 million doses, saying they wanted to have a supply on hand.

Shortly thereafter, the Food and Drug Administration announced that hydroxychloroquine is not effective against COVID-19 and advised doctors not to prescribe it.

Amato said the ODH will be returning the donated medication to the drug maker. It has not been decided yet what will be done with the stockpiled medication that was purchased, said the press secretary.

Hydroxychloroquine has been around for decades. It is a quinoline medicine used to treat or prevent malaria. Numerous medical professionals believe it is effective in the treatment of COVID-19.

From the Ohio Department of Health:

Chloroquine and Hydroxychloroquine COVID-19 Checklist
On July 30, 2020, Board of Pharmacy rule 4729:5-5-21 of the Administrative Code goes into effect. In general, the rule prohibits all terminal distributors (including pharmacist, prescriber clinics, out-of-state pharmacies, and institutional facilities) from selling or dispensing hydroxychloroquine and chloroquine for the treatment or prevention of COVID-19. Please be advised that this rule replaces emergency rule 4729-5-30.2 and that all approvals for the use of these medications made under that rule are no longer applicable.

To assist licensees in complying with this new rule, the Board has developed a guidance document that can be accessed by visiting: www.pharmacy.ohio.gov/hydroxy
The implementation of this new rule is based on the following developments:

• June 15, 2020: Based on ongoing analysis and emerging scientific data, FDA has revoked the emergency use authorization (EUA) to use hydroxychloroquine and chloroquine to treat COVID-19 in certain hospitalized patients when a clinical trial is unavailable or participation is not feasible. The agency made this determination based on recent results from a large, randomized clinical trial in hospitalized patients that found these medicines showed no benefit for decreasing the likelihood of death or speeding recovery. This outcome was consistent with other new data, including those showing the suggested dosing for these medicines are unlikely to kill or inhibit the virus that causes COVID-19. As a result, FDA determined that the legal criteria for the EUA are no longer met.

• July 1, 2020: A summary of the FDA review of safety issues with the use of hydroxychloroquine and chloroquine to treat hospitalized patients with COVID-19 is now available. This includes reports of serious heart rhythm problems and other safety issues, including blood and lymph system disorders, kidney injuries, and liver problems and failure.

502 thoughts on “Ohio Banning Hydroxychloroquine for Treatment of COVID-19”